Interview: Eddie Jay Wade on dealing with his injuries and racing the 250cc 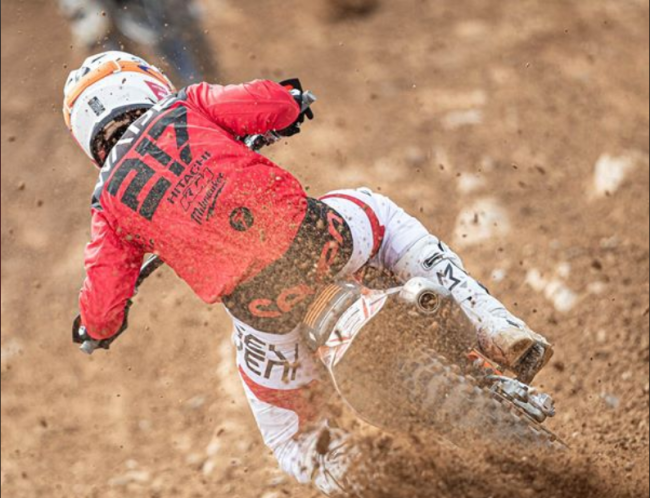 The past few years haven’t gone according to plan for young British talent, Eddie Jay Wade. Injury issues and not coming into the season 100% fit have hindered him – even this year he didn’t come into the season fully fit but the break in the calendar has allowed him to get plenty of bike time to prepare himself for racing.

The plan for Wade was to contest the EMX125 series and the MX2 class at National level but he was so impressive winning the MX2 Spanish Championship class on his debut he’s made the decision to move up to the 250cc full time which means we’ll see him race the competitive EMX250 series.

We caught up with Wade to discuss the move and much more.

Gatedrop: Eddie you made your 250cc race debut at round three of the Spanish Championship. A great day for you winning! Can you talk me through the day?

Wade: The first races on the 250 and it couldn’t have really gone any better, started off in qualifying with a P1 and also in the qualifying race getting a P3 and making some mistakes. Then the race day went even better with a P2 in the first race which was amazing then the second race came out and wanted more so pushed for the lead early on and managed to make the pass and then controlled the race from there.

Gatedrop: Did you really expect to win on your debut – did you surprise yourself?

Wade: I knew that I was capable, but I knew it was a big ask and everything had to come together. There were more riders that came over to do it as well and that made it even harder. In a way I knew I could.

Gatedrop: What was the speed like at the front? The likes of Fernandez who has top ten GP results as well as Goupillon and Guyon were racing so the speed must have been pretty high and it must have felt good to beat them?

Wade: It didn’t really shock me, I proved I had the speed in qualifying. The shock was the first race, the first few laps that the leader put in were like qualifying laps and I wasn’t expecting that. In the second race I adjusted and made the pass on the second lap and did the same to him and broke him. 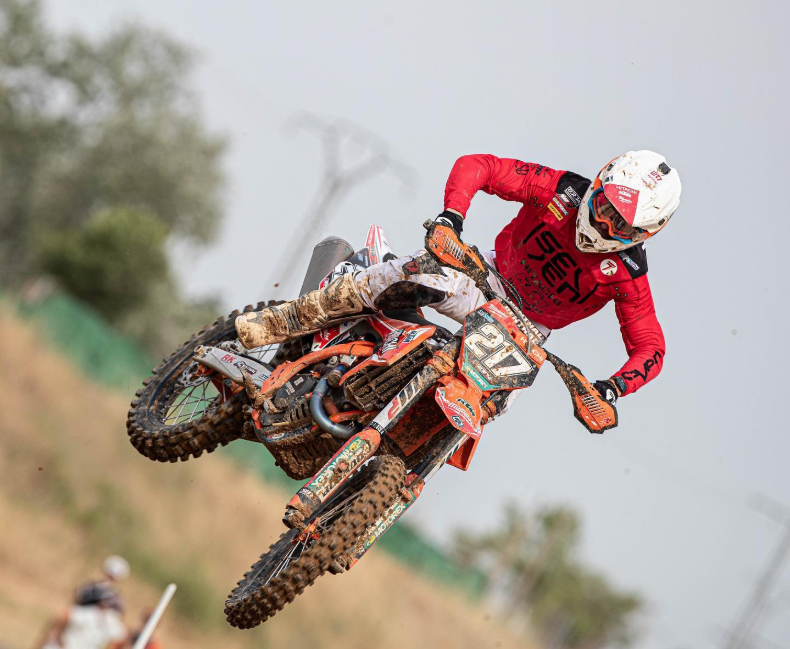 Gatedrop: Round four was at he weekend and it was looking like another good weekend but you dropped back at the end of the second race, why was that?

Wade: The second weekend started just as well until I got to the last race. I finished the first one quite tired and didn’t really recover for the second one. It was about 15 minutes in and the heat got to me and literally couldn’t hold on. I did come away with positives from this weekend and we now know I need to do some heat training before hot races.

Gatedrop: Coming into the season I know you weren’t 100% prepared but the break in the calendar due to COVID-19, that’s probably been good for you as you’ve had a lot more time to prepare?

Wade: I’ve not come into a season 100% for three years now which is a shame. I haven’t been able to show my full potential the first round or few rounds, then on the back foot for the rest of the season. This year though the COVID-19 situation has actually helped me out quite a lot. Now I’m fully recovered and fit so let’s keep it that way.

Gatedrop: After the strong results at the Spanish Championships – are you tempted to move up to the EMX250 class or do you still feel you’ve unfinished business in the EMX125 class?

Wade: Before the races the plan was to stay on the 125cc still. After I did so well and impressed the team manager, KTM allowed me to move up to the 250 for the season, now I will be doing the EMX250 rounds and some MX2 rounds at the end of the season. This is great news, now I don’t have to go on the 125cc and can dedicate all my training and plans to the 250.

Gatedrop: What’s it like being part of the Hitachi KTM fuelled by Milwaukee team?

Wade: It’s a very professional team and has been a big step in my career joining them. I get on with everyone in the team very well, especially my mechanic Luck and team manager BC and got a lot of confidence in him. Up to now it’s been great, hopefully it stays that way.

Gatedrop: What’s your expectations when the racing gets back underway?

Wade: I’m going up a class now so it’s going to be even harder. I think I am capable of getting top 5, the first round or so is going to be hard and I need to get used to the class. I will try my hardest and see where I’m at, hopefully up there though.

Gatedrop: You’ve had injury issues – how frustrating has that been to deal with mentally?

Wade: The last three years I’ve been injured at some point in the season. It’s very hard mentally, you have to watch the races on TV and all you want to do is be there riding. Also, you lose your fitness quite a bit and then when you are fit to get back on the bike your still not as fit as all the other guys. Your then on the back foot all season and your sat on the line knowing all this but you just got to push through it all.

Gatedrop: I feel like people have forgotten what you’re capable off – you must be motivated for the season to restart to see what you can do!

Wade: Definitely, that is the goal. I have proved myself in quite a few races but haven’t been consistent with it, always had the speed but too many mistakes and bad starts. When it all starts again the goal is to be more consistent and even better every weekend.