Wheelers OTOR column: Talking points from the MXGP of Argentina 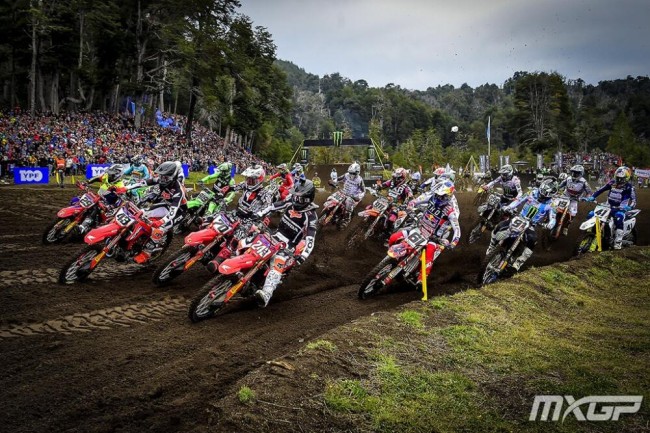 Three things stood out about round three of MXGP and the first return to Argentina since 2019.

Firstly, the amazing track that hinges somewhere between technical and balls-out fast. It’s fascinating to watch motocross at that speed and to notice the shortcuts and interpretations that the best riders make to cope with shifting bumps. Neuquen is not new to the championship but it was refreshing to see it back in play.

Secondly, the results. Not too much to write about here although it is amazing how MXGP can swing from the openness and competitiveness of 2021 to far more predictable fare in only a matter of months. Losing Jeffrey Herlings, Romain Febvre and Tony Cairoli from the contest has been a heavy blow for the show. Tim Gajser’s third win in a row (the HRC rider has yet to finish outside the top two of all six motos) has taken the Slovenian to an ominous 17-point lead already as the factory Honda looks set to keep its full red shade for most of the campaign. The Argentine podium was the same as the one seen two weekends previously in Mantova, Italy and while MX2 world champ Maxime Renaux’s pacey transition to the 450 is entirely admirable and Pauls Jonass’ path back to fitness is encouraging, MXGP desperately needs the likes of Jorge Prado and Jeremy Seewer to lift their game and generate more of a match.

Thirdly, and the most evident (if not the most evidently surprising) is how bare the start gates looked in each class. Neuquen was particularly harsh on Husqvarna Motorcycles with both MX2 racers – Roan Van de Moosdijk and Kay de Wolf missing the motos (after going 2-1 in Free Practice) – while Brian Bogers disrupted more positive progress after his top five classification at Mantova with more injury woe, but the absence of a couple of riders only intensified a chronic issue.

As with every subject there are two sides to be considered. Promoters Infront Moto Racing are scrambling to place the series back on the mantle after two years of juggling the prospect of international travel and racing like a hot potato. MXGP is a sport and a show but the fact that it is also a business – even if it is being run by a family and a small group of people passionate about the racing – should not be forgotten. It hasn’t been easy to run Grands Prix (or any public entertainment events) since early 2020 and especially when ticket numbers are still such a crucial part of the revenue stream.

Infront had stated their aims to return MXGP to the scope of a ‘world championship’ for 2022 for quite a while previously. This included the two-day format and trips back to more resourceful or lucrative fixtures or markets. Therefore, teams cannot have been surprised or shocked to see countries like Argentina, Indonesia and Oman (even if the last venue is a late confirmation) on the calendar and the cost implications these trips would carry.

The flip side is the repercussions of a half-stocked gate. Visually, it doesn’t indicate that motocross is in the rudest health and that transmits a message: why should people get excited about a spectacle if the riders themselves won’t/can’t compete? The sight could also be representative of a time where the respective strengths of the European Championships (taking place at well organised and prepared GP events) are slowing the feed into MX2. As some teams prioritise MX2 over MXGP then this has a roll-on effect for the influx to the premier class. A factor like the 23-age limit rule often drives racers in the 450s against their will but is necessary to keep the main category flush. The mitigator then is the presence of enough teams and saddles to accommodate these riders – some of whom are still in the infancy of their career trajectory – and their interest. The speed and demands of Grand Prix now are extreme. MXGP is caught in a strange warp where a position around the fringes of the top ten does not constitute a bad result but the same classification will not generate coverage, airtime or attention to inspire potential sponsors.

The crux comes down to who pays. A few of the factory teams will be decently financed and flexible, comparatively, but the satellite and private squads that gain little advantage in spending more than 20,000 euros to appear in a far-flung market are naturally more sceptical, unless there is some form of assistance to help guarantee their presence. This is a practice put into place in other sports but the likes of MotoGP can freight official teams around the world largely on the back of lucrative TV deals and title sponsorship. MXGP does not have this luxury. The promoters will insist that professional race teams should have the resources and budget to contest a world championship. The teams will also demand that more is done to help them form part of the essential cast list. It’s a stalemate that has lasted for years and becomes more pronounced for long distance Grands Prix when the general costs climb up; where it becomes obvious that some teams either can’t – or won’t – stretch beyond the bottom line.
There are constrasting views. Some might say an easy answer is to do less races. Others believe there is over-spending on team paddock set-ups. Another view is to drop expenses like entry fees. Some might ask teams to invest more in PR, marketing and the commercial side.
Assist the private teams? Consolidate the Officially Approved Teams for that guaranteed entry list?
There is an argument for each move on each side. The reinvention of the status quo and the ‘promoter promotes and the teams pay for their slot in the promotional window’ model is coming through SX Global’s approach to the new FIM World Supercross Championship, where teams become a ‘franchise within the franchise’. Can the new structure – and the series itself – last, and turn the traditional notion of a team’s role on its head?

In Argentina 27 riders were classified in the second MXGP moto. 12 were locally entered. In MX2 just 15 were listed, counting three Argentines. I cannot remember a sparser result sheet. In 2019 the MX2 number was doubled as the Grand Prix opened the championship. Last summer just 23 MX2 riders rolled up to the line for the two Turkish rounds. On the evidence of Argentina, the prospects for the Indonesian double-header in June/July and the Turkish and Oman trips to close the series in September look worrying.

I’m hoping dialogue and a balance of budgets and priorities will help flesh out the list for these Grands Prix; races that should have their place on the calendar (just look at the quantity and the enthusiasm of the fans at Neuquen to see that MXGP should be on South American soil). For the longer term a fresh direction or injection needs to be found: a way to keep MXGP as the global pinnacle of the sport, to keep inspiring teams to join the paddock and for kids to really want to be a world champion.