Video: Tomac and Sexton crash together 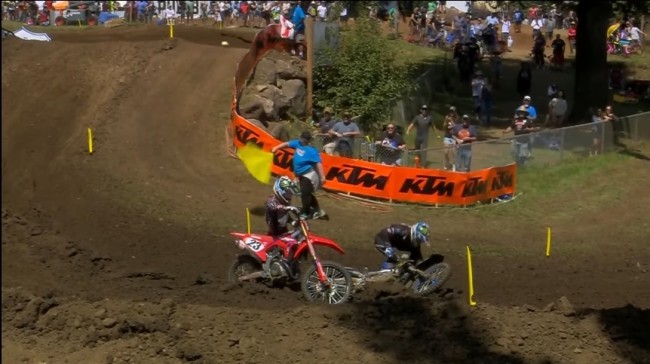 This was a bizarre moment of comedy at Washougal as Eli Tomac crashed while leading with Sexton then crashing into him!

As Tomac lay on the ground then fell while trying to get up, Sexton was already up but could get his Honda started resulting in Tomac still getting going first just ahead of Sexton just as it was before the crash!

Sexton saw the funny side after saying ut was almost laughable that they were both there in silence together trying to restart!