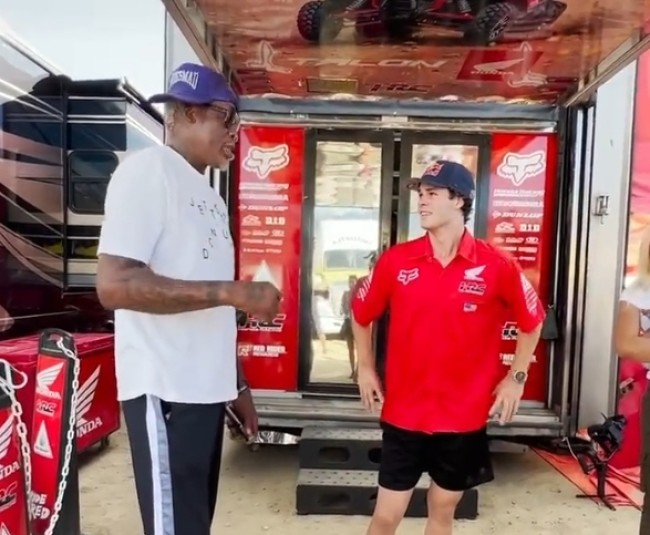 Jett Lawrence got to meet Basketball legend and bonafide US megastar, Dennis Rodman, who won five NBA titles and was brought to the forefront of the current generation’s mind with the Netflix “Last Dance” documentary following the Chicago Bulls and Micheal Jordan on their way to the 1998 NBA title, that also gave an insight into Rodman’s unique personality and off-court antics.

Lawrence was clearly gobsmacked at seeing Rodman, with Lawrence’s agent pulling the strings to get the NBA champ to the race to meet the young Aussie. Rodman even did a stint in the commentary box with James Stewart and Jason Weigandt, showing some decent moto knowledge!

Who wins in a game of HORSE❓🤣🏀
Jettson Donuts brought out @dennisrodman as a championship surprise for @jettson18_ 😎 #ProMotocross pic.twitter.com/IshLGb6lrx