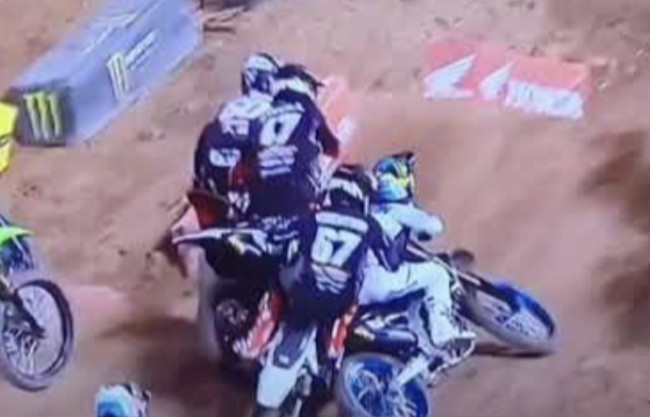 One of the 250 West title favourites, Jeremy Martin, suffered a devastating title blow after getting landed on in the opening lap of the 250 main event. The smash ended his night with what appeared to be a shoulder injury – after he looked great winning his heat race earlier in the evening.

Team manager, Wil Hahn, says they are waiting for him to get checked out before they know just how Martin is after the crash: “I’m just hoping Jeremy is all right. He’s getting checked out and we’ll know more later.”

It was a nightmare night for the Martin brothers with big brother Alex also going down on lap one in an unrelated incident and forcing the race to be red flagged.