Video: Barcia’s mistake that cost him a podium 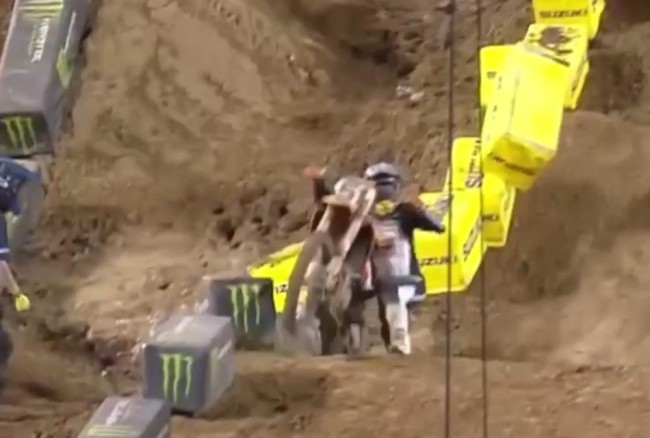 Justin Barcia made a costly mistake in the whoops but somehow, someway, he managed to stay on with some sort of nac-nac save!

Barcia was running third and holding off Zach Osborne with Ken Roczen in his sights until he made the mistake but once Osborne got by, Barcia couldn’t find his way past the determined Rockstar Husqvarna rider.

Barcia said on the mistake:  “It was a bummer mistake in the whoops that really cost me the podium. I pushed as hard as I could to try to get the pass on him but wasn’t able to get it done. I definitely know I have the speed, I just need to put everything together and move on from it. It was a little frustrating but it was good riding and I’m healthy and ready to move onto the next Orlando.”