Video: Anderson takes Musquin out for the heat race win 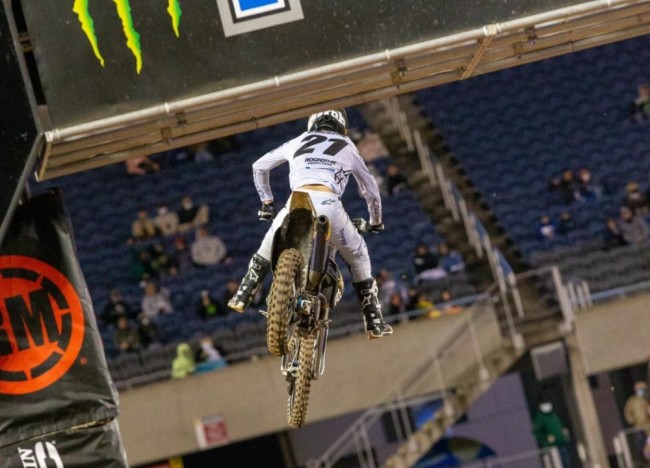 Jason Anderson smiled and said he was here to race and win the heat race when asked about the collision that left Marvin Musquin on the deck allowing Anderson to take the victory!

The determined Rockstar Husqvarna rider said he had showed Musquin the front wheel in that turn a couple of times leading up to the final lap and, while he didn’t mean want Musquin to crash, he was going for the pass and intent on making it stick for the win!

Anderson would get a bad start in the main but work his way up to fifth, impressively passing Eli Tomac at the end of the race but it was Musquin who had the biggest smile with the Red Bull KTM rider taking second in a very good ride in the main event behind his teammate Webb.