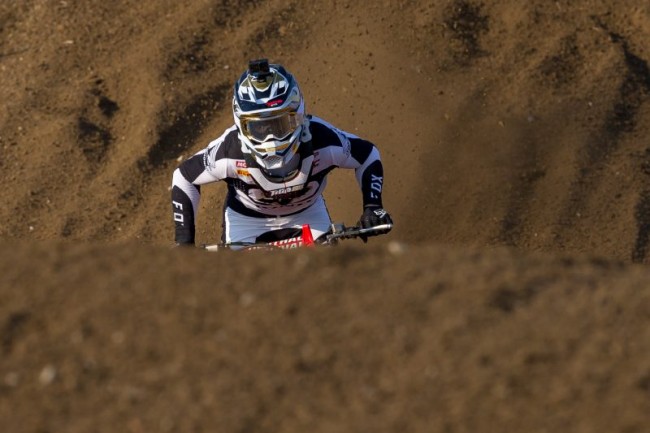 Tim Gasjer took the win with a holeshot to chequers ride but he was kept very honest by a rapid Romain Febvre was the only rider do do the huge triple, as the Frenchman quickly finds his form after half a year out injured!

Febvre got away second and was able to judge his pace off world champ elect, Gajser, and despite Gajser opening a five second lead, Febvre kept plugging away and got it down to under three seconds with a couple of laps to go before easing off on the final lap – Febvre knows he has the pace now!

Ruben Fernandez took third after Pauls Jonass’ Husky took time to restart after he appeared to stall. Jonass eventually took eighth ahead of an impressive Lapucci on the Fantic, with Prado a quiet fourth and pace to find on the undulating and loamy circuit tomorrow.

With 16 GP rrgulars, the field is strong but both an ill Seewer and Bogers didn’t race the qualifier albeit Seewer did one lap but wasn’t strong strong enough to race the 20 minutes plus two laps. Hopefully both are feeling better tomorrow.