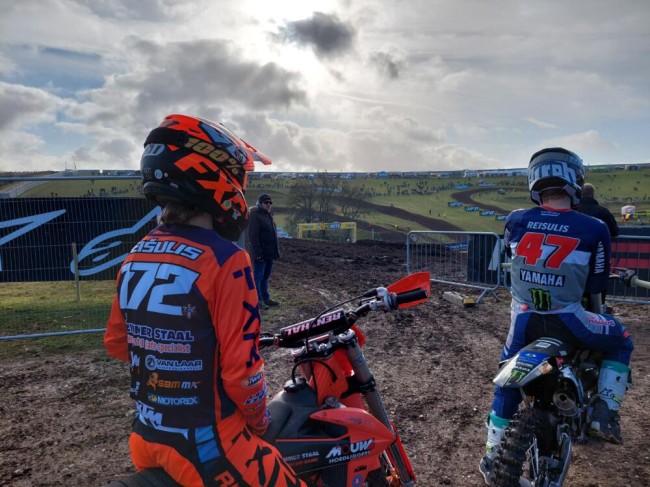 Karlis Reisulis lead for most of the race with Ivano Van Erp looking to chase him down but a crash at Everts corner seemingly ended Van Erp’s hopes of a win – until Reisulis crashed himself and made it a three-way Yamaha battle for the win with Van Erp and Zanchi!

Zanchi got into the lead before Reisulis and Van Erp collided with Reisulis hitting the deck hard to end his chanes of the win. Then, unbelievably, Van Erp went down for the second time giving Valk second with Janis Reisulis third in a mad opening EMX125 moto.

Jose Butron controlled EMXOpen race one as Dan Thornhill won the British battle over Liam Knight, Brad Anderson and Tom Grimshaw to take sixth – the latter duo really going at it with five minutes to go!