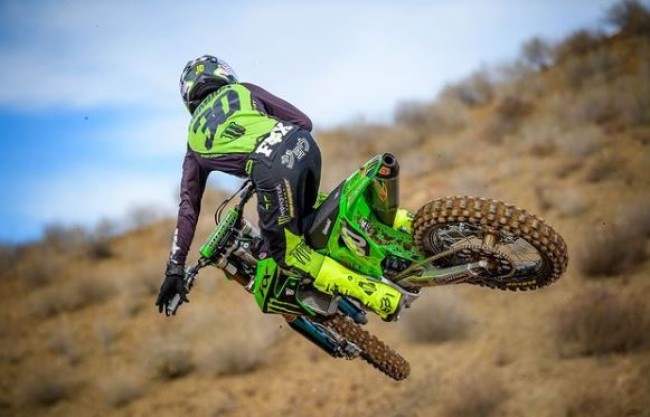 Justin Cooper took the second moto win as Jett Lawrence hit thwe ground for the third time on the day while challenging for the lead and Hunter Lawrence suffered a bike issue and then a late-race crash that derailed his hopes of an overall win as he finished fifth with Jett second. Hunter explained they changed an engine between motos and the engine was temporarily locking up during the moto, “pretty bummed,” was how he summed up his frustrating second moto.

But it was Jo Shimoda who took the overall win with a third in race two passing an impressive Cameron McAdoo with a couple of laps to go in what was a very strong return to racing for the Pro Circuit Kawasaki rider.