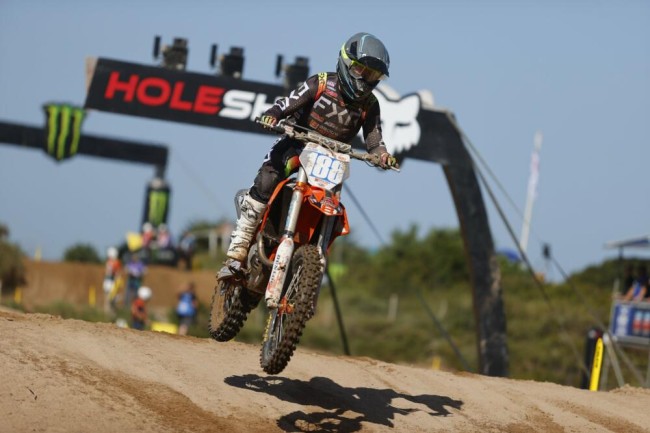 In the opening WMX race at a very deep sand and rough Riola circuit, it was domination from Shana van der Vlist. The Dutch talent started in third before making moves on Nancy van der Ven and Lynn Valk, then disappearing at the front.

Valk rode a solid and consistent race to finish second in front of Daniela Guillen who clearly enjoys the tough sandy conditions.

Van der Ven had bike issues losing power but she could still finish sixth with Martine Hughes also crashing on the opening lap coming from last to tenth.

In moto two, there was drama on the opening lap as Amandine Verstappen took a big crash and then moments later Lynn Valk’s bike stopped – a disaster as she had WMX championship points lead.

At the front, it was on between Nancy van der Ven and Shana van der Vlist. The latter appeared to be that little bit quicker but van der Ven showed what she’s all about. The determined Yamaha rider dealt really well with the pressure and took an impressive race win and is the new championship leader.

1-2 was enough for the impressive van der Vlist to take the overall win meanwhile Daniela Guillen had the best race of her career to secure her first podium in third overall. 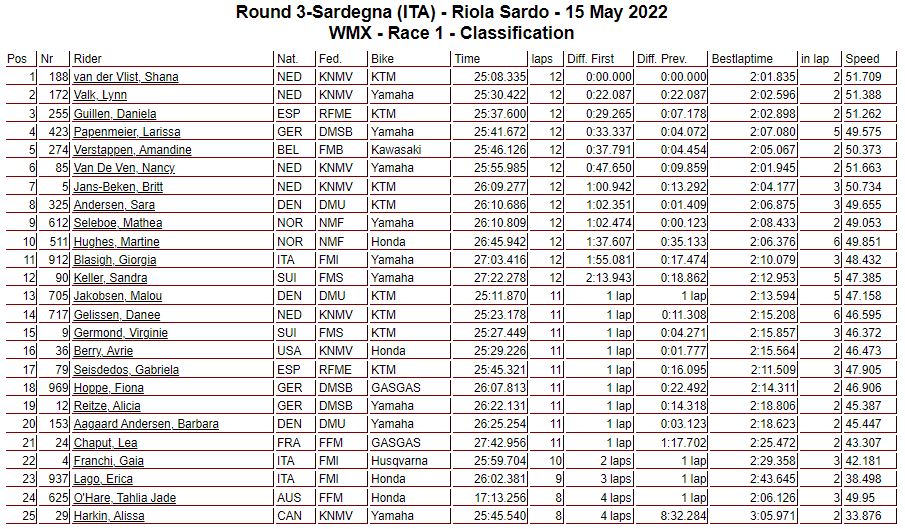 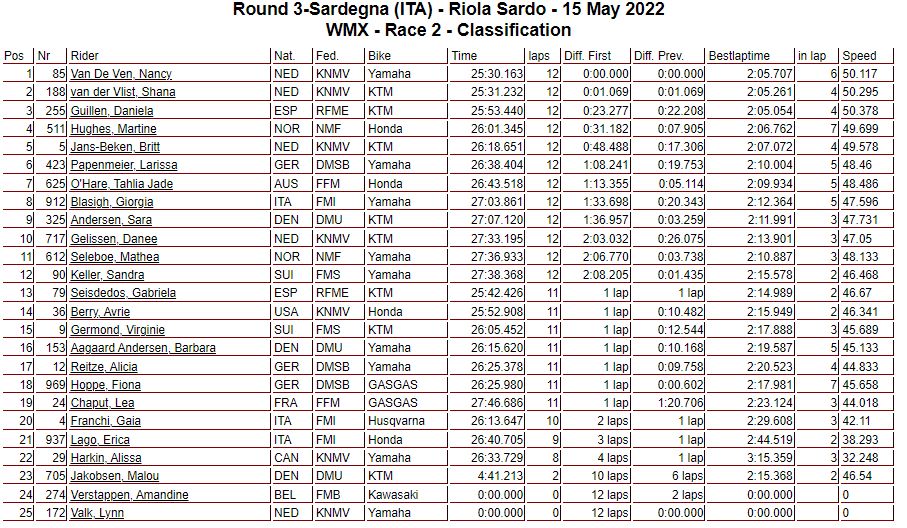 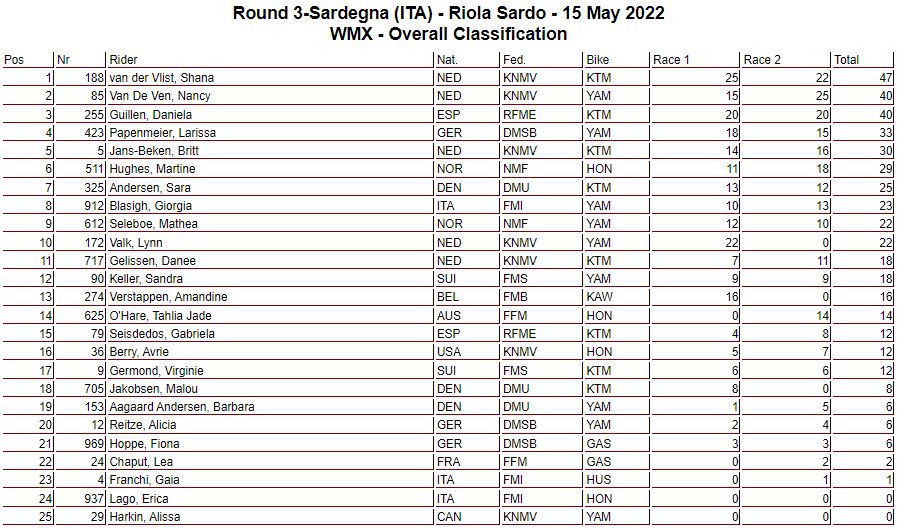 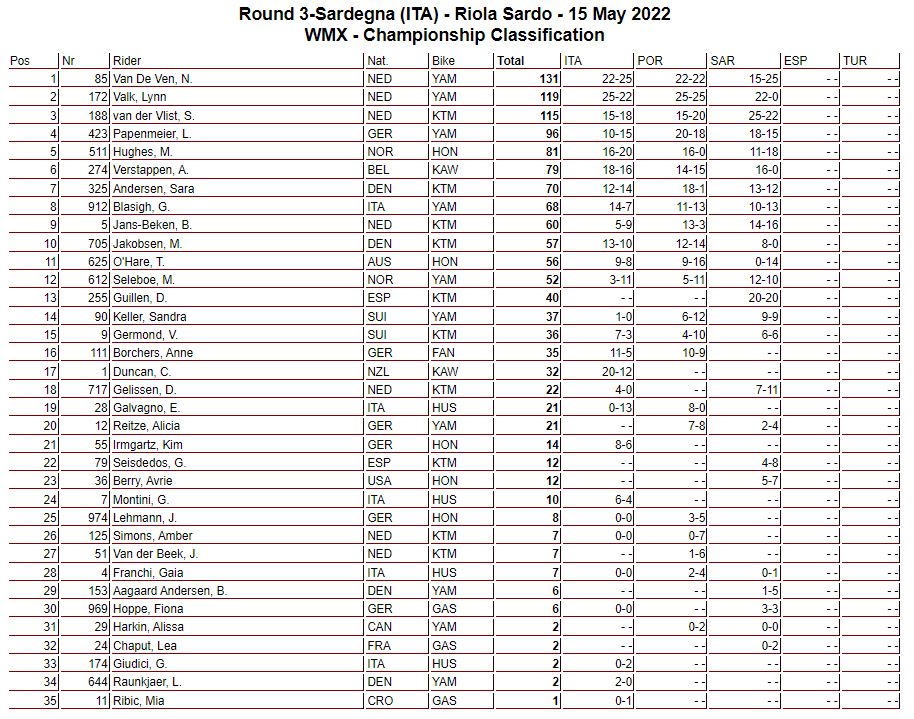