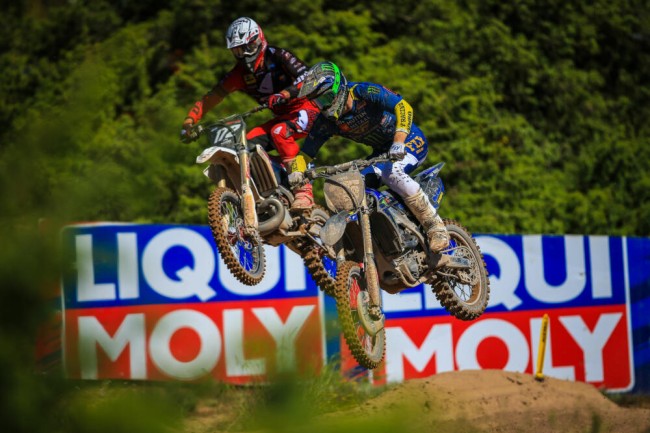 The opening EMX250 moto produced some fantastic battles through the field. Mike Gwerder took the holeshot before Rick Elzinga and Dave Kooiker made quick passes. Kooiker then passed his teammate and was looking superb at the front – his first time at the very front of the EMX250 series.

However, Elzinga closed back up towards his teammate and made a move at the right time as Lucas Coenen and Andrea Bonacorsi closed right up to the front with the latter passing Kooiker with two corners to go – with a better start the Italian had the pace to win.

Cornelius Toendel was third for the first half of the moto but then seemed to lost his flow and then on the final lap he crashed to drop down to seventh – Elzinga will be happy about that.

Quentin Prugnieres rode well for fifth on his BUD Kawasaki with Cas Valk eighth on his EMX250 debut.

In the second moto, Lucas Coenen made an early pass on fast starting, Mike Gwerder and then pulled away at the front of the field looking fantastic on his BT Husqvarna. However, Andrea Bonacorsi had other ideas, the Italian who hasn’t had the best starts of the season was riding with great flow in the Riola sand.

Bonacorsi passed Coenen with the latter not giving up but the Hutten Metaal Yamaha rider got the job done to take his first EMX250 overall win.

Cornelius Toendel rode better in race two to come home in fourth behind Rick Elzinga to hang onto the red plate but there’s now only four points in the exciting championship chase. 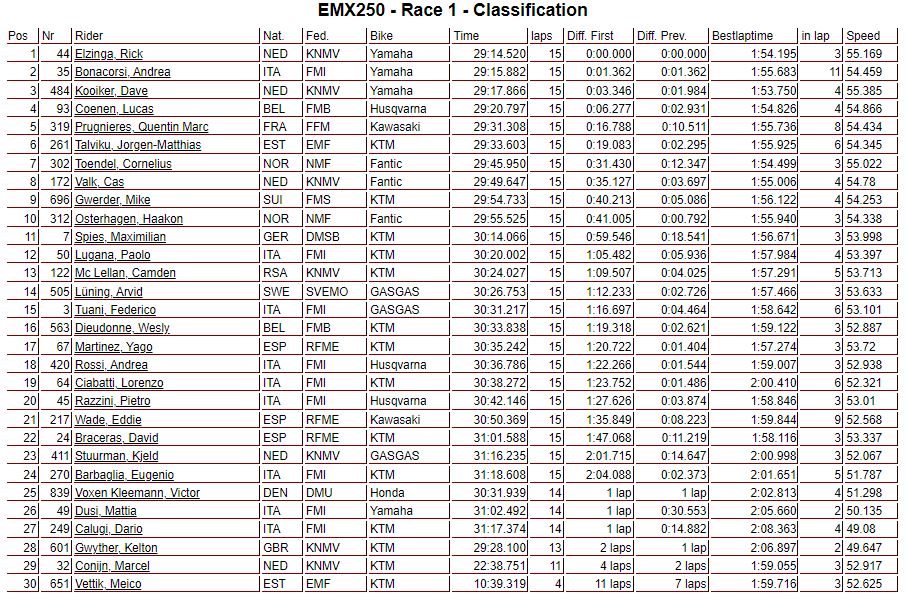 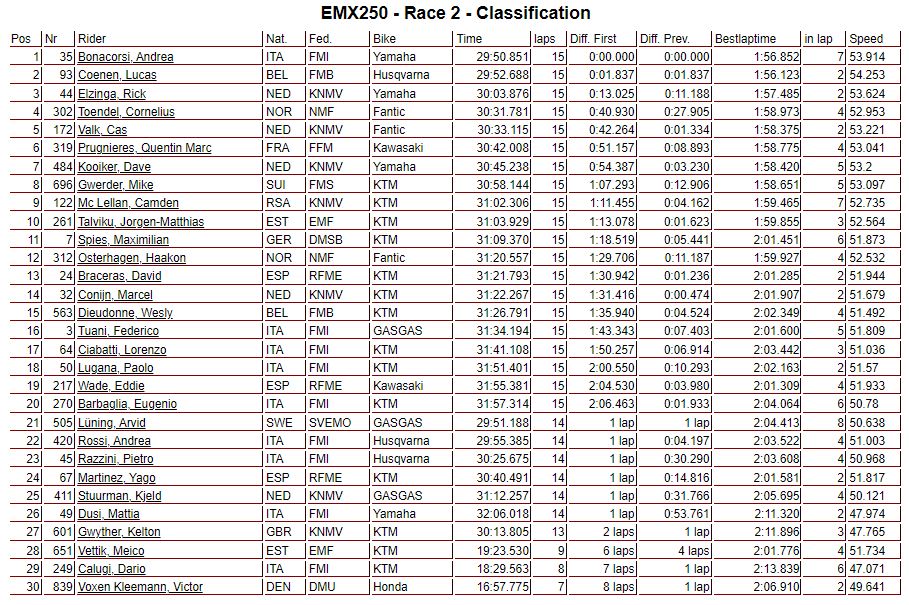 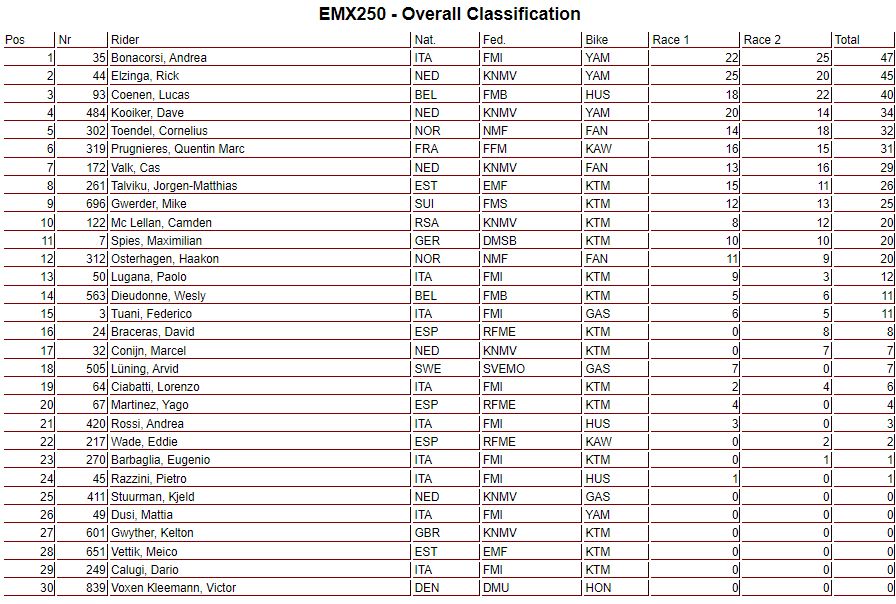 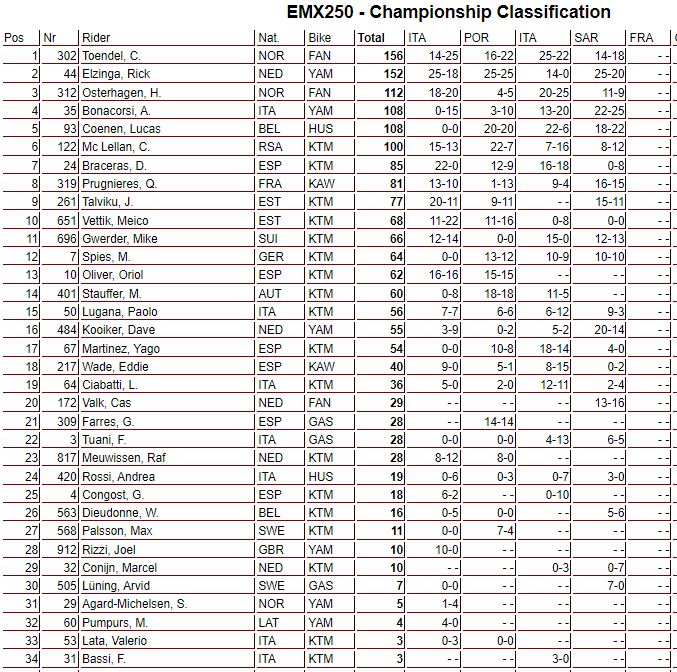