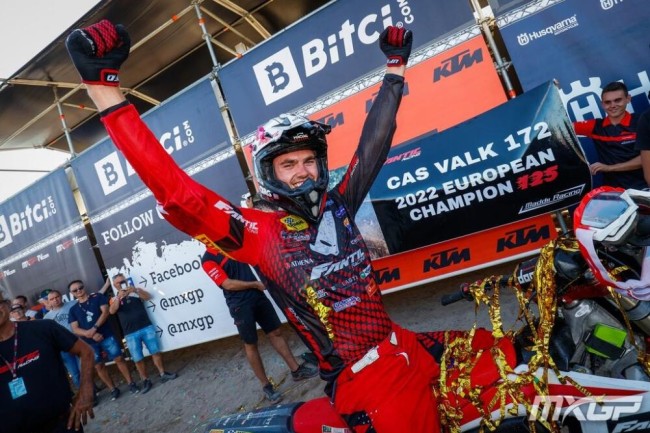 Ivano van Erp rode superb to win the opening EMX125 moto of the weekend but Cas Valk managed to secure the championship with a race to spare. The Maddii Fantic rider has been superb this year and deserves his title – he’ll also be looking to win the Junior World Championship at the end of the month.

In the race, Karlis Alberts Reisulis rode solid to finish second ahead of Valk and his younger brother.

In the second moto it was much of the same for Ivano van Erp as he took a good start and it didn’t take him long to get to the front and dominate. It was an emotional van Erp after the race as it was his final race in the EMX125 class as he’ll move up to the EMX250 series for 2023.

Cas Valk who had already won the title rode solid for second ahead of Karlis Alberts Reisulis.

Cole McCullough finally took a good start and was running sixth in the opening laps before unfortunately crashing out of eighth but again he showed he has good speed. Lotte van Drunen scored more EMX125 championship points coming home in ninteenth. 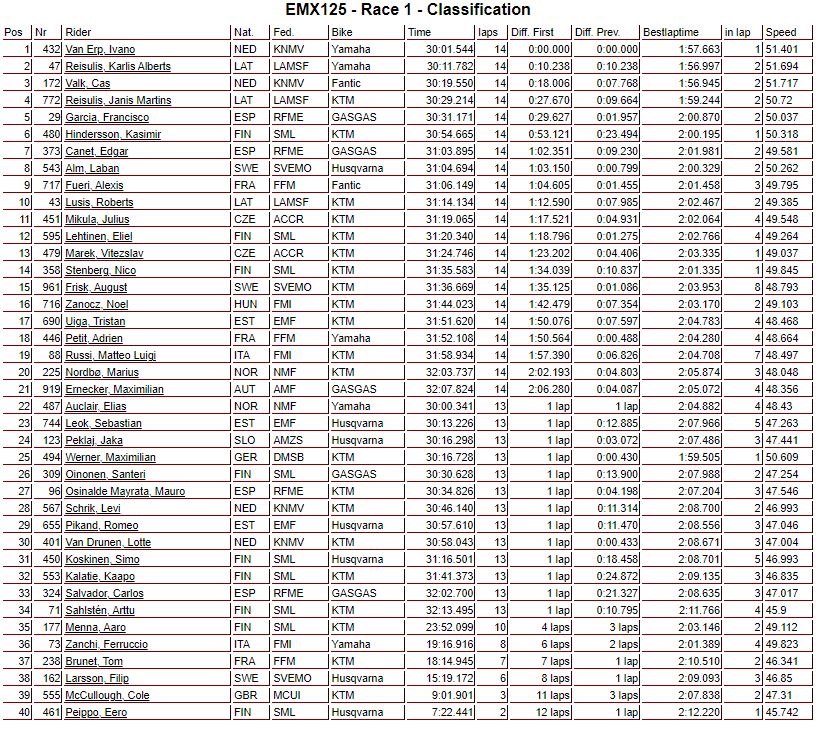 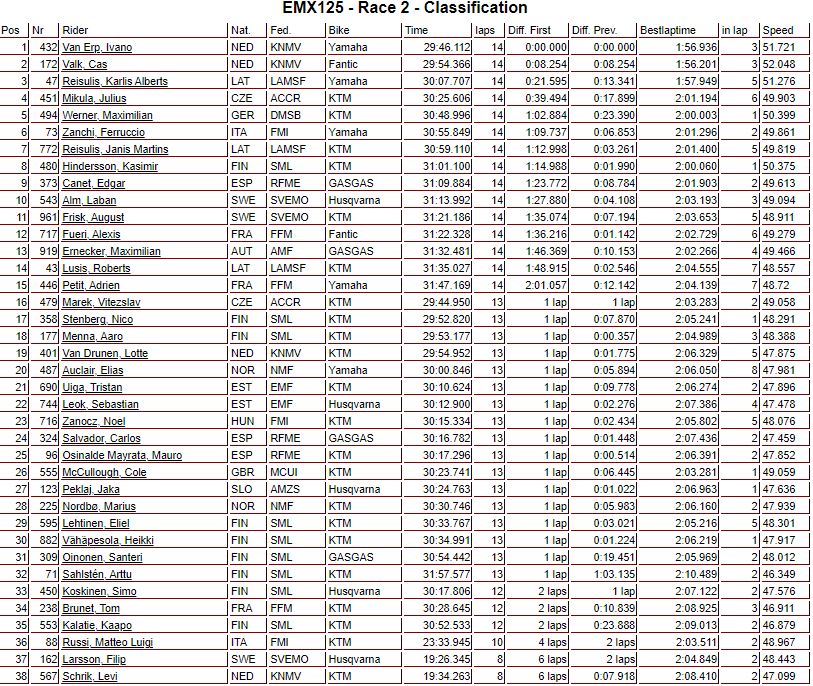 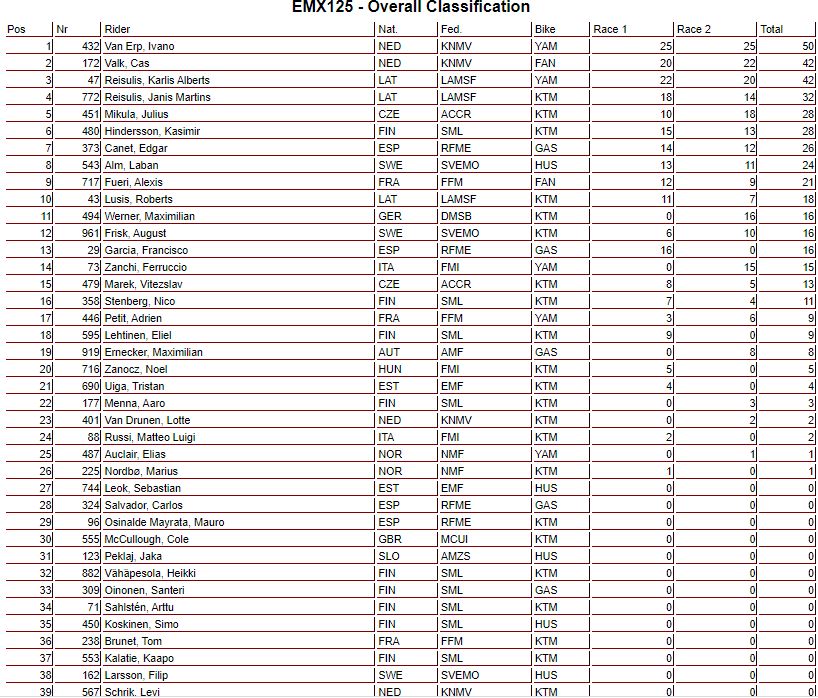 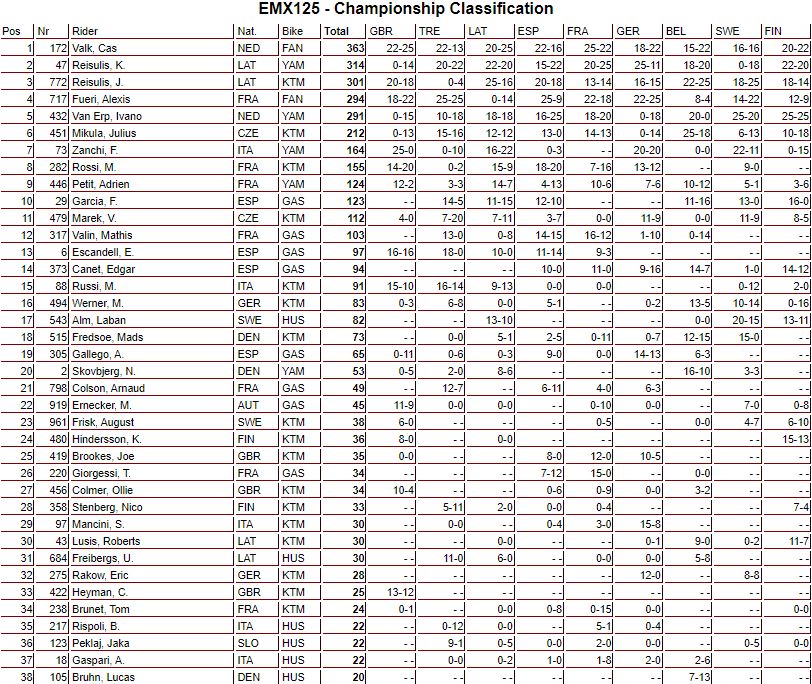