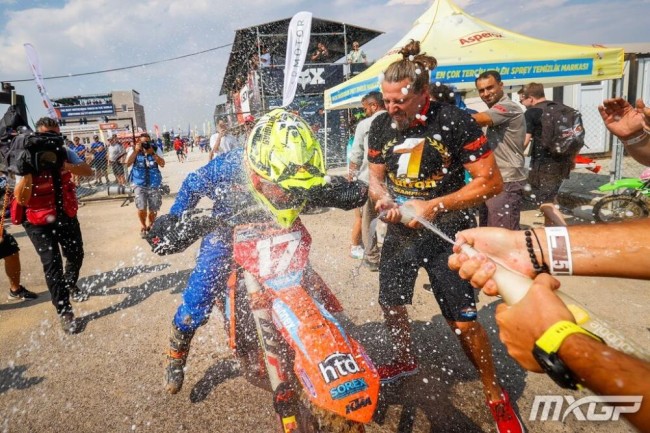 In the opening race it was Michael Sandner who held the early lead but had championship winner, Jose Butron right on his rear wheel. It didn’t take the Spaniard too long to pass the Austrian and he then cleared off at the front to secure the title a race early.

Tomas Kohut rode well to come home in secon dbefore Simon Jost and Sandner came together with the latter hitting the deck before finishing fourth.

The second race was a three way battle for the win with Sandner ending the season on a high despite missing out on the title. Sandner won the final EMX Open moto of the season and held of Kohut and Butron. 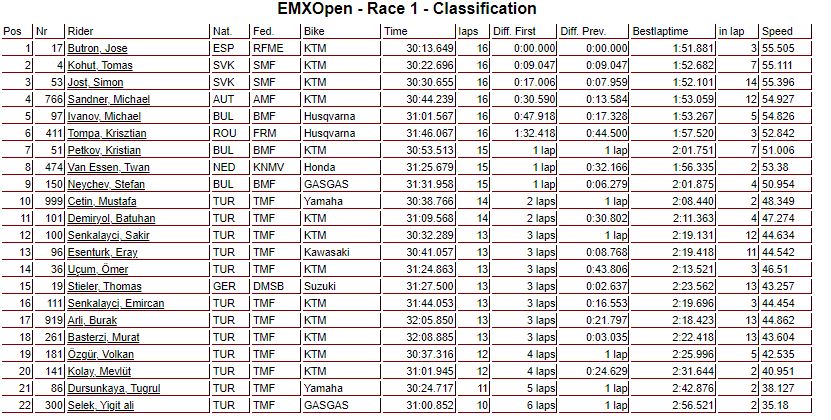 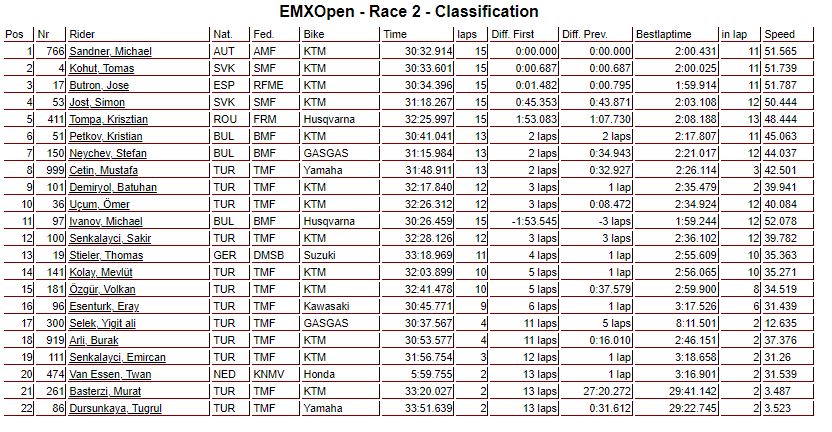 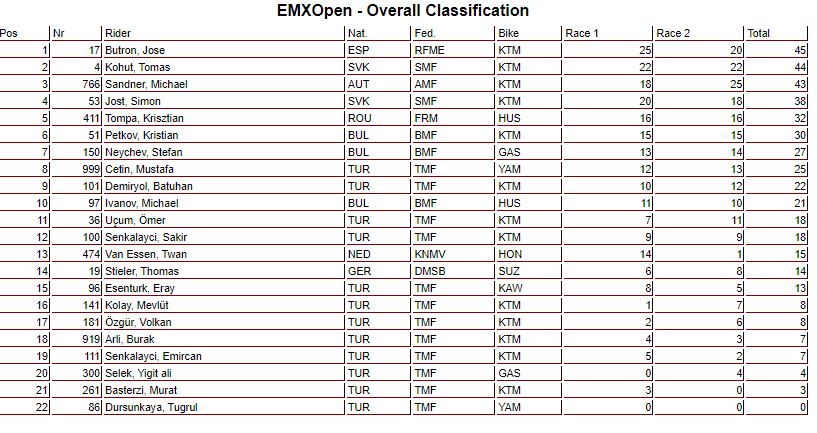 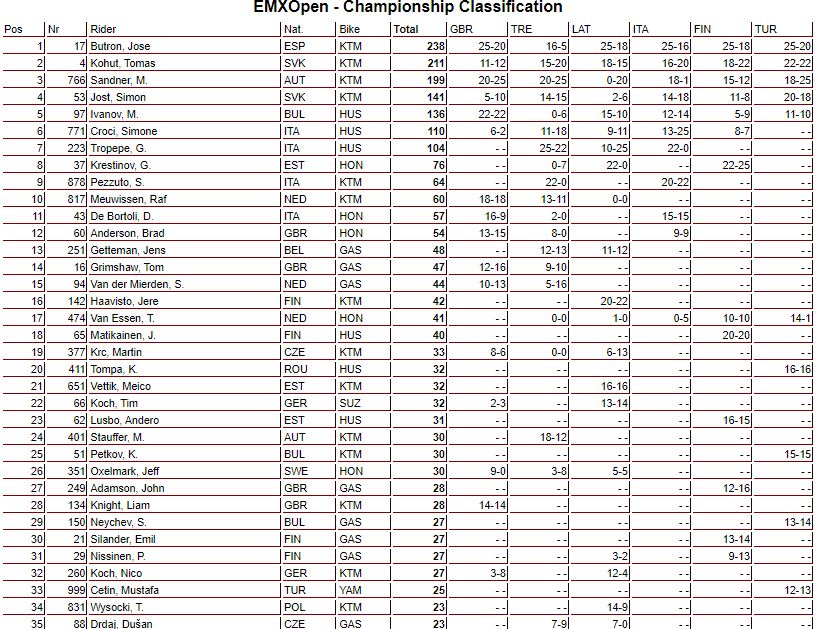