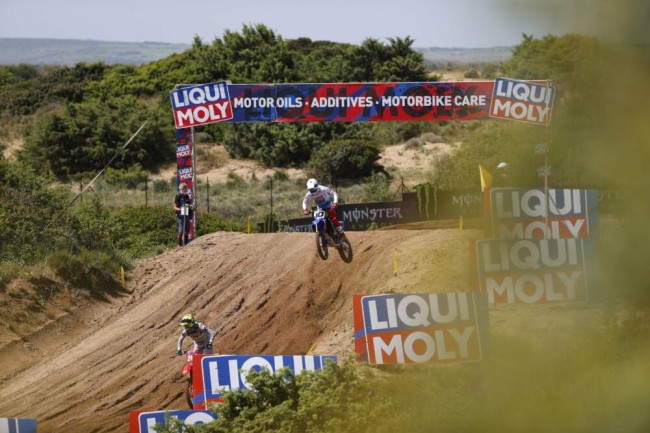 Calvin Vlaanderen took a superb MXGP qualifying race win after passing Jorge Prado – a win that should give the Gebben van Venrooy Yamaha rider plenty of confidence. It didn’t take long for Gajser to pass Prado but he couldn’t do the same to Vlaanderen and settled for second.

The battle was on for third with four riders in the battle, Coldenhoff passed Prado with a lap to go and then on the final lap Prado crashed which left Renaux nowhere to go! 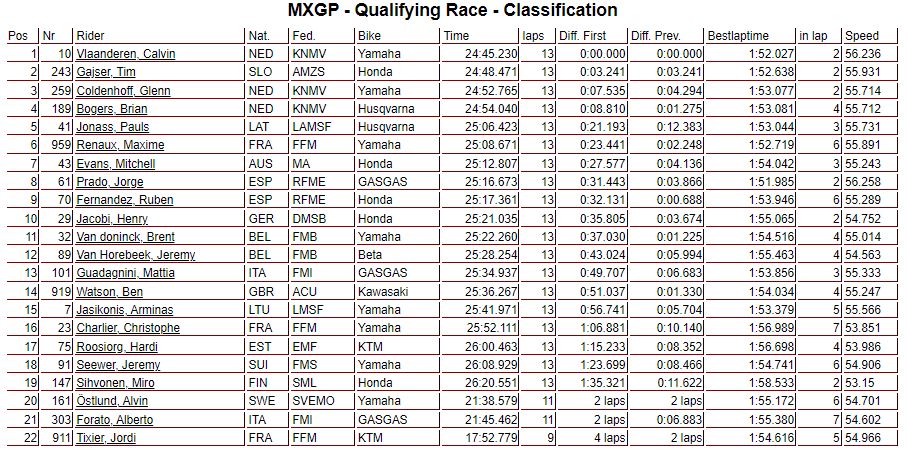