Oriol Oliver to race the MX2 World Championship in 2023 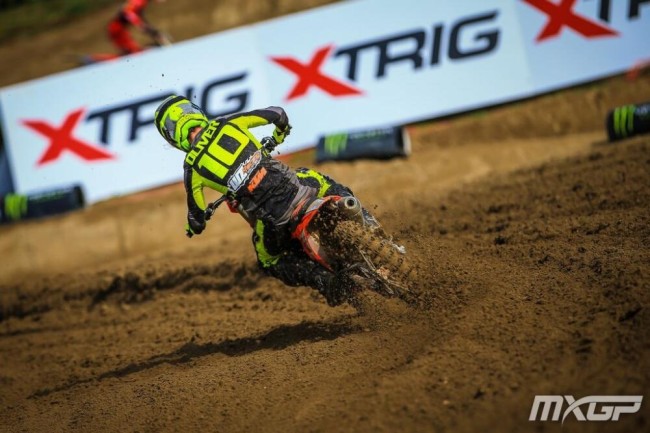 After signing with the WZ KTM team in 2021, Oriol Oliver has been a front runner in the EMX250 series. After the opening two rounds of the 2022 series, Oliver was sitting third in the championship before an injury meant he missed a large chunk of the series after that which was a real shame.

The good news is that Oliver has agreed a deal to stay with the WZ KTM Racing team for the 2023 season but the Spaniard will be making the move up to the MX2 World Championship. He will race the European rounds of the series. Not only that but he will also work with Ken de Dycker who has vast experience racing the World Championship in the past.

It has already been confirmed that Yago Martinez and David Braceras have also made the move up to the MX2 World Championship in 2023 so Oliver will be the third Spaniard racing the series.