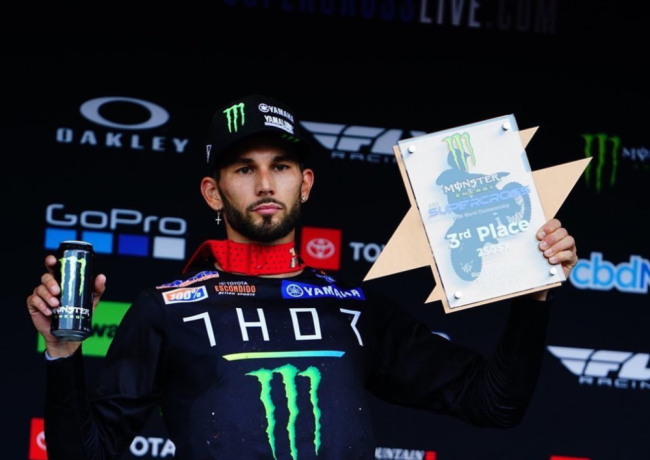 Colt Nichols is reportedly not going to race WSX this weekend in Cardiff after getting the call up to replace Ken Roczen (who is riding WSX) at factory Honda for the 2023 supercross.

Roczen wasn’t allowed to sign his 2023 supercross only deal at Honda because he is racing WSX, so it is understandable why Nichols, a 250 supercross champ, has now had to pull out of the WSX events – otherwise his chance at a factory Honda contract could have been in jeopardy!

Rumours have been going around for a few days, but Steve Matthes has reported that Nichols is already testing the bike and a deal looks to be on the brink of being official.

Apparently Colt Nichols was at the Honda track yesterday and will be on the team in 2023. He has pulled out of WSX