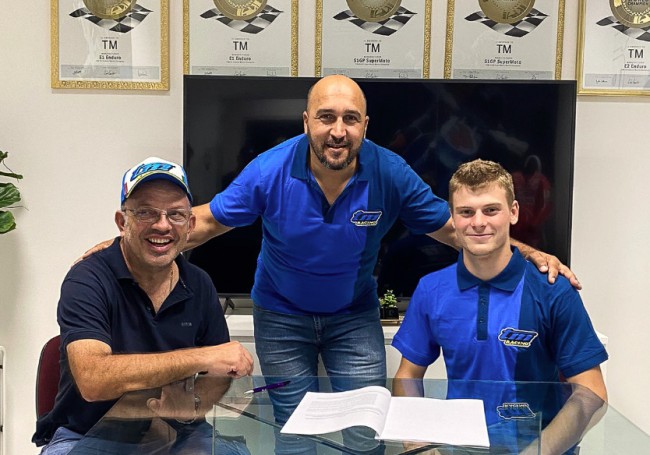 The Dr Steels Dr Jack TM team have confirmed they’ve inked a deal with Meico Vettik for the 2023 season which will see the young Estonian focus on the EMX250 series.

“TM Racing and Team Steels Dr Jack are pleased to announce that Meico Vettik will be the new rider for next season. The Estonian rider born on 14.05.2003, will race the TM MX 250 FI 4T in the European EMX250 and in the Italian Pro Prestige series”.

“Meico already boasts a lot of experience in the international field. Among his best results second place in the Junior 85cc World Championship in 2016 and third place in European 125cc in 2020. 2022 finished 11th in the EMX250”.

“In a few weeks the Steels team Dr Jack and Vettik will start preparing for next year and with it they will continue to develop the new TMs. We welcome Meico and hope that we can achieve together the best sporting results in 2023”., Dr Steels TM stated on social media.