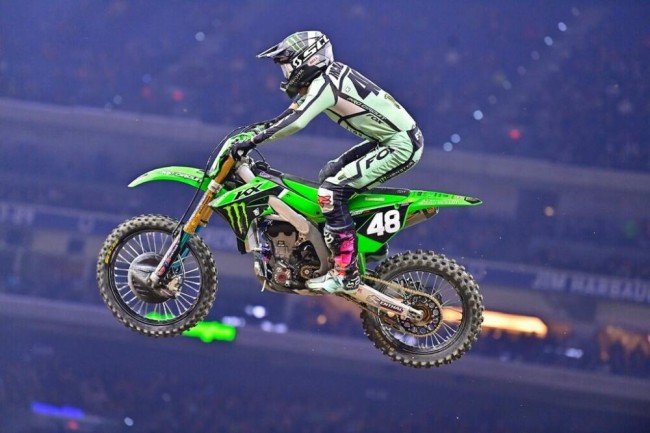 The only competition Jett Lawrence had left, Cameron McAdoo, has been unfortunately injured after a crash during press day in St. Louis, the Pro Circuit team have confirmed.

🚨 We hate to be writing this but as a result of a crash in St. Louis, @cameronmcadoo will be sidelined until further notice due to a shoulder injury. 😔 https://t.co/HuKh64nFYm pic.twitter.com/oBIP44QtYw

It surely strengthens the argument for a full 250 national supercross series as the lack of depth if injuries occur with the 250 East/West coast format makes for processional racing and a lot of backmarkers in both coasts.