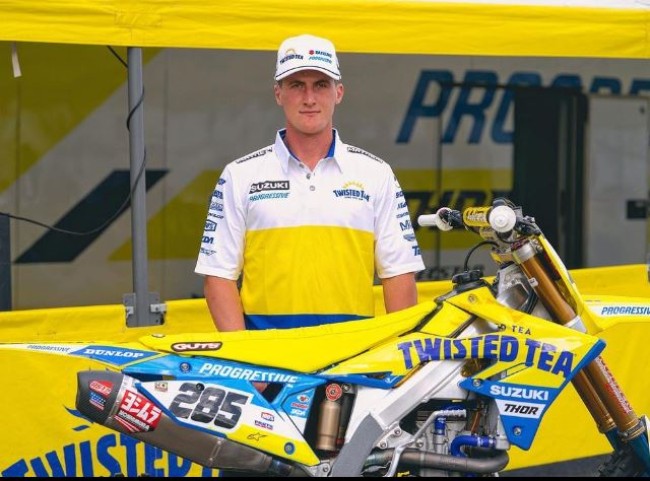 With Justin Bogle deciding to take time out for the AMA Nationals, the HEP Suzuki team have decided to snap up Marshal Weltin for the rest of the Pro Motocross series.

Weltin has plenty of Motocross experience racing in Europe, Canada and America – with a new now behind him he’ll hope for some good results on his new yellow machine.

“Twisted Tea/HEP Suzuki presented by Progressive Insurance is excited to announce the signing of Marshal Weltin, an experienced privateer for the remainder of the season. Weltin has spent his time in Europe and Canada racing at a high level, with a 2020 Triple Crown Championship 250 win in the Canadian series. Team Suzuki welcomes Weltin to the RM Army. Look for Weltin to compete on his Suzuki RM-Z 450 this weekend at the Thunder Valley Outdoor National in Lakewood, Colorado”, the team stated on social media.