Kitchen injured but Ferrandis back on the bike! 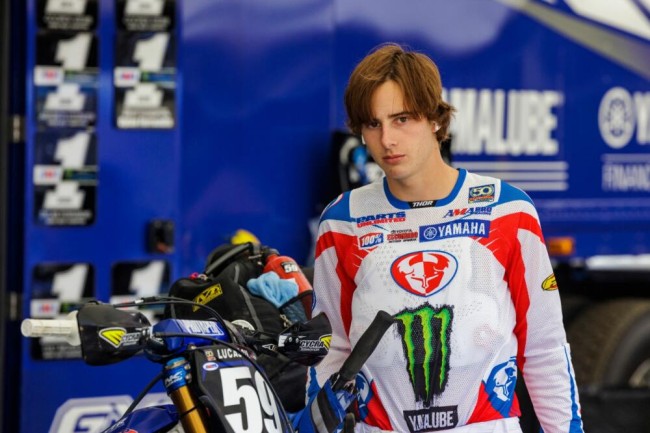 Monster Energy Yamaha Star Racing’s Levi Kitchen broke his wrist today in a crash at the team’s training facility in Cairo, Georgia. He will undergo surgery tomorrow to try and return for the final four rounds of the Lucas Oil Pro Motocross Championship. The team hopes to have their full line-up of riders at the Unadilla National, Round 8 of the 12-round championship, on Saturday, August 13, in New Berlin, New York.

Dylan Ferrandis returned to riding earlier this week for the first time since his surgery to repair a torn ligament in his thumb. The defending Pro Motocross 450MX Champion injured his thumb riding during press day for the season opener in Pala, California, and is eager to return to action after being sidelined for six weeks.

Also excited to return to racing at the Unadilla National is the 2021 250SX East Champion, Colt Nichols. The Oklahoman has been putting in the hours to return to full fitness from his big crash during the heat race at the Monster Energy AMA Supercross opening round in Anaheim, California.

Matt LeBlanc aims to line up with his team in New York later in August. The rookie broke his collarbone and injured his left arm in a crash in the second moto at last weekend’s Southwick National. He will undergo surgery to repair the broken collarbone and return as soon as possible.

Jensen Hendler, 250 racing manager: “It’s definitely a bummer to lose Levi, especially since he was riding great and making progress each week, but that’s the way it goes sometimes. He’s going to have surgery tomorrow and hopes to be back for the last four rounds. We’re excited to have Colt back for Unadilla. He’s been working hard to get back to racing, and we can’t wait to see him out there. Matt also looks to return by Unadilla, so we’re looking to have our full roster back in action in New York.”

Jeremy Coker 450 racing manager: “It’s great to have Dylan back on the bike. Right now, he’s going easy and riding our turn track, but our goal is to have him back for the last four rounds of the outdoor season. We’re looking forward to seeing the No. 1 battling on track.”