Ken Roczen reflects on his 2020: Wasn’t too bad after all 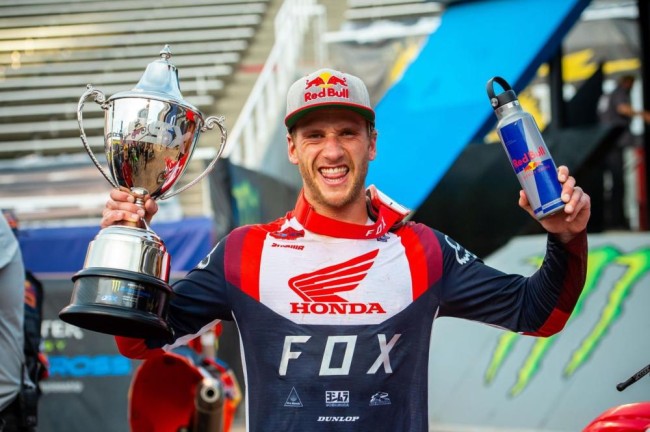 It would be fair to say that Roczen has been hit with some big injuries over the years but despite the setbacks, coming into 2020 he was motivated to win the AMA Supercross title.

The German ended up third in the championship but was able to win races again and after his big injuries he wasn’t even sure if he’d be able to race again at the highest level never mind win! When Roczen looks back at the year he’s happy with how it went.

“2020 wasn’t too bad after all. In the end, I got my first win, 1092 days after my last win and injury. I followed it up with 3 more wins throughout the year for 4 total! I may not have got the championship but I sure as f**k was in the hunt for it. And just a few years after I got badly injured and wasn’t sure if I could continue, never mind at the highest level”, Roczen stated on social media.

“I got 4 more wins under my belt and I became a Dad. Those 2 things alone are life changing experiences. The world has had its kinks and experiences that are far from good. But for the people that are in the same boat as me (added a healthy member to the family, had some success at their job but more importantly are healthy going into 2021)…sounds like a good year to me!!! So to everyone that has made it through healthy, and for the people fighting for a better life… love you guys. Its perspective. Try to find the good rather than focusing on the negative. It helps”, concluded Roczen.