Joey Savatgy ruled out of the AMA National opener 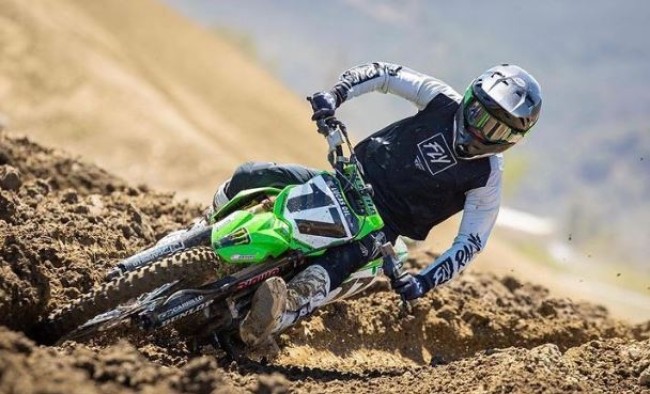 Despite recently being confirmed as the fill in rider for the Factory Kawasaki team in America, Joey Savatgy won’t race the opening round of the series. Kawasaki have confirmed the American rider won’t race as he’s not yet ready but will be back behind the gate soon.

“As @versacesavatgy17 continues to progress toward racing form, he will forgo the opening round of the 2022 @ProMotocross Championship at @foxraceway this weekend. @MonsterEnergy Kawasaki and Savatgy are pleased with the swift transition to the KX™450SR in only a few short weeks and will look to line up soon”, Kawasaki posted on social media.