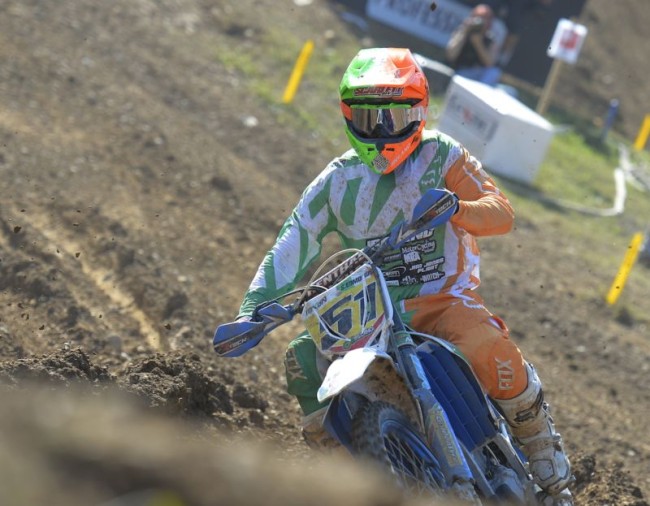 With Jason Meara confirming he’d be withdrawing from the MXoN which heads to RedBud on the 24th and 25th of September, we decided to give the new Irish MXoN team manager, Mark Mooney a call.

Mooney offered an update on the Meara situation as well as calling up Stuart Edmonds.

An update on Jason…

Mooney: Jason called me before the last round of the Irish Championship in Doon and he said unfortunately that he wasn’t fit. He was basically crying on the phone or close to it, he was distraught and heartbroken. He just said that there was something going on with him and his energy levels. After Hawkstone he thought he was coming around – he went for a medical and everything was fine, but he went to ride the bike the following week, he just couldn’t do it. He was getting off the bike after two or three laps because he had no energy.

I had said to all of the lads that no matter what happens if you feel you aren’t fit, then please tell me and fair play to him that’s what he did. He didn’t show up at Doon that following Sunday with a massive lead in the Irish Championship so he would have won it. That was sort of why I was picking him from the start because it looked to me like he was going to win the Irish championship.

It is disappointing for himself more than anything. He still isn’t 100% and just needs time to recover now. He needs to get an official diagnosis; he has gone to a specialist but hasn’t got the answer yet. He has no level of energy at the moment.

Mooney: When we announced the team initially on the statement, I put the reserves in order and that was my choice and how I saw it. Stuart was first reserve at the time, so he automatically came in. Glenn then went in at the first reserve position as a result.

Stuart is obviously delighted to get the call, but Glenn is still hanging in the background there, I have spoken with him, and he told me that if he gets the call last minute at the eleventh hour that he is still coming. They’re all riding this weekend at the British Championship so we will just see what happens there.

Obviously, hopefully no one gets hurt and everything stays the same but if one of the lads drops out or gets hurt, Glenn is obviously in. You just don’t know what is going to happen and I am hoping nothing happens but you just don’ t know.

Mooney: We aren’t taking bikes with us as I managed to order brand new Husqvarna’s over there and then with John (Meara), Roger Magee has already organised that bike. It’s already there and will be there in the next couple of days. That was organised through Infront and he is supplying a mechanic as well so he will be on the spanners for John the whole weekend.

We had John out in Belgium for 2-3 days there testing the bike about a week and a half ago. He was getting around well, so he is good to go. He is actually riding Landrake for the team this weekend as well, so it’ll be interesting to see how he goes.

The Husqvarna’s are going to be supplied through Neil Prince. We are basically renting the bikes of him, so we aren’t taking any bikes with us which is great because the cost was looking crazy. We were looking at bringing Kawasaki’s but then we couldn’t get any over there and Jason isn’t coming now so the way it’s worked out now the cost is still high but it’s less than it could have been.

The bikes that Stuart and Martin are getting have six hours on them, so they are basically brand-new bikes and as good as the ones they’re riding.

I don’t feel like we are missing anything, but you don’t really know until you get there. The organisation has been good. We will be together under the one truck which will have a factory feel about it.

We are all looking forward to it, we are having a meeting in Dublin with the whole team on Tuesday at my garage. We will have a good chat and go through everything. I am feeling confident that we are going to go over there well prepared, and it’ll be down to the lads on the day to get the result.