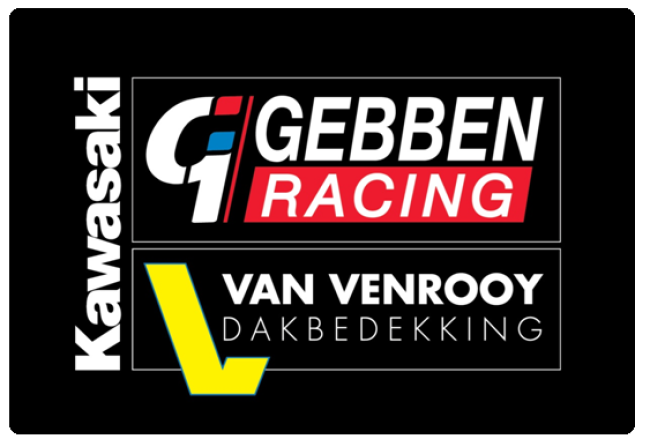 We caught up with Gebben racing team manager, Klass Hattem, to get the inside track on running a motocross team on the big stage from EMX to MXGP.

Gatedrop: Klaas you’re the team manager of the Gebben Van Venrooy Kawasaki team. Can you just tell me a bit about your background and what your responsible for within the team?

Klaas Hattem: I started the team with Herjan Brakke in 2012 I think, something like that. We decided to move to the MX1 class when we got support from Gebben. That’s how we started, first we were at two years in the team of Van Beers, then we went to Italy to JK Yamaha. We won 2 titles in the Dutch Championship.  After that we change to Kawasaki and decided to start our own team, we bought a truck etc. Than Herjan get injured and had to stop his career and we continued with other riders. It’s the way we started.

Gatedrop: This year you have Maxime Desprey in the MXGP World Championship. Have you been happy with his performances this year?

Klaas Hattem: Maxime for sure I think is a nice guy and he works hard, he’s better on the hard pack tracks than in the sand. Sand is not his thing. I think when he puts a lot more time in on the sand then he can make another step in the MXGP World Championship.

Gatedrop: You also run two younger riders in the EMX250 Championship with Marcel Conijn and Bastian Bøgh Damm. Both are rookies in that class, are you happy with the progress they’ve made this year?

Klaas Hattem: When the season starts you hope that you’re going to get some good results but you can’t forget that the guys are only sixteen years old (Bastian is 16 and Marcel is 17). . They are both very young and haven’t got that much experience at that level yet. They need to go step by step, if you think you’re going to work with those guys for the podium during the first year that’s not realistic. You have to build it step by step and then hope they will reach the level to the GP’s sometime.

Gatedrop: I remember being quite surprised that Bastian was moving up to the EMX250 class. I think he could have done with another year in the EMX125 class. What was the reason for moving him up so early?

Klaas Hattem: The problem is that Kawasaki don’t have a 125 bike. Then you must make a KTM green or a Yamaha green. That’s not what we want so the easiest step for us was to put him on an MX2 bike. You are right when you say that I think it’s one year too early because he’s now sixteen. If he could have done one more year on the 125 it would have been better because the 250 is a different bike. You must learn to ride it and when you make a crash on the 125 it doesn’t hurt as much but a crash on the 250 the bike hurts a lot. That’s the mental side.

Gatedrop: We are hearing a lot of rumours about the factory teams reducing their budget for the MXGP World Championship next year. From your point of few does that make it harder for your team to get a good budget for the 2018 season if even the factories are cutting down cuts?

Klaas Hattem: I think for the little teams like us it’s going to be interesting. Now there are more riders than teams so I think you can pick up good riders for a good contract.

Gatedrop: Do you make all the decisions on who will ride for the team or is it more up to Kawasaki to decide who goes where?

Klaas Hattem: Yes, we make the decisions by ourselves but we also listen to what Kawasaki prefer. Then we try to work together with some other teams. I think that’s better then as we all want to do the same. Every team wants good results, good bikes and good equipment. When you work together then I think the costs could be less, it’s better and it can be improved more. In terms of the riders, we don’t have a rider yet, we see what’s on the market. There are a lot of riders and we have talked with a lot of riders but it also depends on the support from Kawasaki to see what we’re going to do. Then we will make the final decision.

Gatedrop: In terms of the team structure for 2018, has that been decided yet or is it still up in the air?

Klaas Hattem: The structure will change a little. We think about going with two MXGP World Championship riders next year, that’s been decided so far

Gatedrop: In terms of the EMX250 championship, will you continue to support riders in that series?

Klaas Hattem: I don’t know yet. First we have to see that we have good MXGP riders and then we will make another step to fill in the rest of the team.

Gatedrop: On the MXGP World Championship, can you just talk me through the teams results so far this year?

Klaas Hattem: We have a little bit a strange start to the season. The first GP in Europe, Maxime replaced Tixier in the factory team because he was injured. Then we didn’t have a rider because of that in Arco. For the second GP in Valkenswaard we contact Steven Lenoir. He was a really nice guy and a good rider. He had a big crash in France and he sadly passed away. It is still unbelievable when you think of that moment. Then in Kegums Maxime came back to the team and it’s always difficult when a rider comes back from a factory team. Also for him it was a little bit weird that he must go back because the setup of his own bike was a little bit different. He picked it up good, in France he was strong in the first moto, finished twelfth in the heat. With Maxime you can see that he was too long away from the MXGP level. For him also it took more time to get used on the level. You can see that for one heat he can be good but then the other heat is difficult. I think he’s not fit enough to produce two good heats and he needs to work on that.

Gatedrop: Obviously, it’s the World Championship, which means the series has to go outside Europe. What are your thoughts on going to the likes of Argentina, USA and Indonesia etc? Also, the team at the moment only does the European rounds, would the team consider doing fly away races in the future too?

Klaas Hattem: Yeah, I think it also depends on the rider. What rider we will have for next year. I think we will start in Argentina for the first round. We will then see what place he is in the World Championship and then decide whether to go on with the oversea GP’s or not. But I think that when you call it the World Championship that you have to do some other countries and not only in Europe because then you can call it also the European Championship. I hope for sure that other American riders will come to race here. I think that’s better for the level, the brand, the championship and I think in the end for everybody.