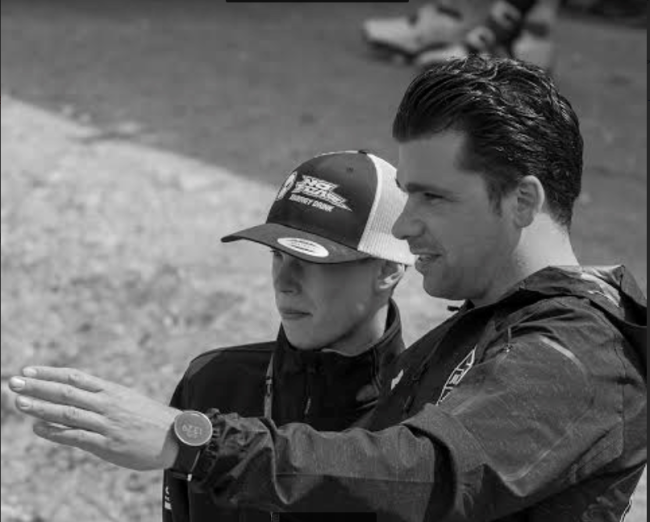 The BT Husqvarna Racing team are stepping things up for the 2020 season. This year they had two EMX125 riders but they’ve decided to go from two to four riders for the season ahead.

Micha-Boy de Waal will represent the team at the European rounds of the MXGP World Championship with Raf Meuwissen in the EMX250 series.

In the EMX125 class, the team have stayed loyal to Scott Smulders and have signed Camden Mc Lellan as his team mate.

We caught up with Bas Verhoeven, the team owner who’s a former GP rider himself to discuss the team and much more.

Gatedrop: Bas, this year was the first year for the BT Husqvarna Racing team. How would you reflect on the 2019 season?

Verhoeven: This was my first time that I run a European MX team. I’m satisfied of last season how we organised the team but the results can be better.

Gatedrop: For 2020, the team will run an MXGP and an EMX250 rider instead of focusing on the EMX125 series. What’s the reason for this?

Verhoeven: Actually, I wanted to start an EMX250 team in 2019 but there were no riders anymore at that moment. Then I decided to start the EMX125 series with Scott Smulders and Kjell Verbruggen.  For this year I wanted one 125 rider and one 250 rider, but many races are separate. Then we have to go to all races for only one rider so that’s the reason I chose to go with more riders.

Gatedrop: Being a former GP rider yourself, how do you find running your own team? I can imagine it’s stressful, especially when it comes to budgets etc.

Verhoeven: This is my passion and this was always a dream for me

Gatedrop: You’ve stayed loyal to Scott Smulders for 2020, I’ve saw him ride and was really impressed with him on the 85cc. What do you think he needs to improve for his second year in the EMX125 class?

Verhoeven: Last year was a learning year for him. His body wasn’t strong enough for a 125 bike at the beginning of this year. The last races we saw that he had more confidence on the bike and it was going better and better.

Gatedrop: Raf Meuwissen unfortunately picked up an injury last year but before that he showed some good speed for his rookie 250cc season. What do you expect from him in 2020?

Verhoeven: I supported him already with No Fear for a few years. He has a good mentality and he has a good speed. But, he has to make sure he has a better regularity and without injuries.

Gatedrop: Micha-Boy de Waal will race the European rounds of the MXGP World Championship in 2020. The class is so stacked for next year, it’s not going to be easy but what do you want to see from him throughout the course of the season?

Verhoeven: At the last races last year he showed he has the speed to finish within top 20. He will always goes for it.

Gatedrop: Towards the end of this season I felt de Waal had some good rides on the Hutten Metaal Yamaha, is that when you started to notice his results?

Verhoeven: I know him already for a long time. In the past he rode already for our team at the Dutch Championships.

Gatedrop: Kjell Verbruggen is a good rider and I feel has a lot of potential. Was it a tough decision letting him go?

Verhoeven: He is a good rider for sure and I had a lot of confidence in him for a long time but I’m convinced that if you want to go to the top you have to be more than only a good rider.

Gatedrop: Being a former GP rider yourself, how different is the sport now compared to when you raced? The technology side seems to have changed a lot..

Verhoeven: The bikes are improving a lot every year, the jumps are bigger and the tracks are harder.

Gatedrop: Whats your thoughts on the MXGP calendar for 2020? Are you a fan of 20 rounds and the fly away races?

Verhoeven: I understand it’s the World championships but I’m not a fan of the oversea races. It’s too expensive for the private teams and we have so many beautiful tracks here in Europe.

Gatedrop: Have you a long term target for the team? Perhaps to become a fulltime MXGP team and do the fly away races in future or are you happy with what you’re doing?

Verhoeven: For now, I’m happy with what we do. Maybe in the future we can become a fulltime MXGP team.

Gatedrop: Anything to add/anyone to thank?

Verhoeven: I want to thank all our sponsors for last year and I’m looking forward to continue this for many more years!