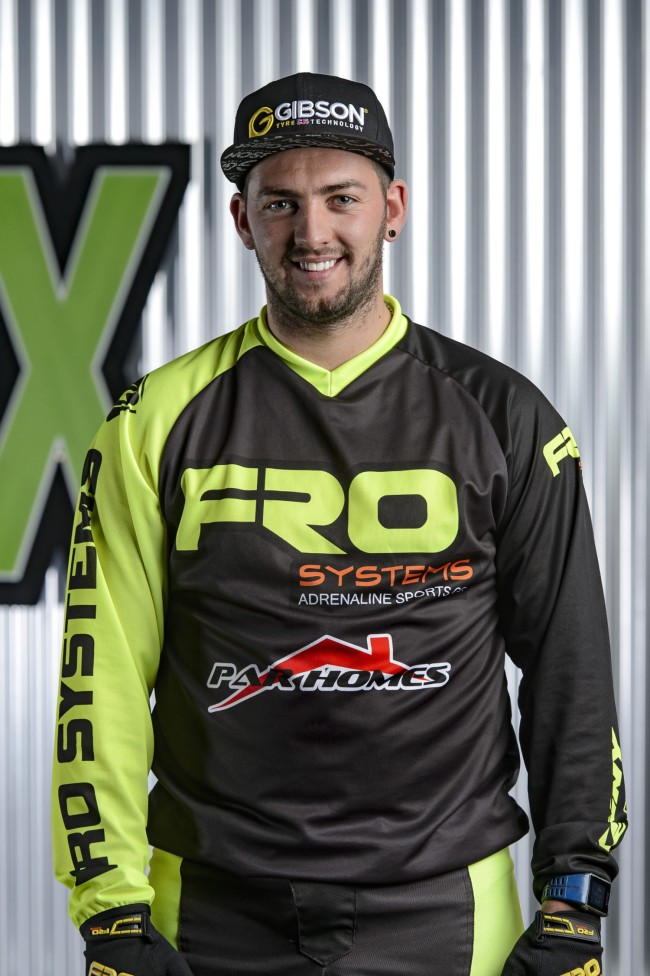 With Christmas and the new year celebrations now behind us the Supercross and Arenacross season is about to get under way.

The Arenacross UK series gets underway this weekend with the first round taking place at Manchester this weekend and one rider who will be looking to get his season of to a good start is Ashley Greedy!

There’s one thing about the Welsh rider and it’s that he will give it everything he has for the best results possible!

We decided to catch up with Greedy before the first round takes place this weekend.

Gatedrop: Ashley, The Arenacross UK series gets underway this weekend at Manchester, are you excited to get back to racing indoors?

Ashley Greedy: Yeah, I can’t wait. It’s the best time of the year for me as we get to ride in front of so many people and not get too muddy in the process!

Gatedrop: What’s your thoughts on the rider line up for the series this year? Dan Reardon and Evgeny Bobryshev should add extra interest..

Ashley Greedy:  Yeah this year is the toughest one yet with all the Frenchies back as well and a few different Brit’s aswell, with those guys it’s definitely going to be interesting at the first round to see where every one is at!

Gatedrop: You’re with the FRO Systems team again this year, how was it being with the team last year?

Ashley Greedy: Yeah, awesome! I’m good friends with mark now as well so it’s like turning up with the family. He always gives us what we need and it’s a nice and relaxed atmosphere in the pits too!

Gatedrop: What are your expectations for the series this year?

Ashley Greedy: For me I’d like to qualify every round and a top ten overall at the end of the series. But I obviously wouldn’t mind making the box!

Gatedrop: The series of course is expanding for 2018 with a round in Belgium and Germany. What’s your thoughts on it?

Ashley Greedy: Yeah, awesome as it’s expanding the sport!  Who doesn’t want to race all over the world and it gives the youngsters a chance to do it as well so I think it’s a great opportunity!

Gatedrop: Who do you see as being the main championship contenders heading into the season?

Ashley Greedy: Soubeyras definitely is on it this year but again it’s so close it could be anyone.

Gatedrop: Have you got a favourite round of the series and if so why?

Ashley Greedy: Birmingham is great for me because it’s the closest one and more of the people I know are there supporting me!

Gatedrop: You also have your brother, Josh on the same team as he contests the pro lites series. It must be pretty cool to have with you at all the rounds?

Ashley Greedy: Yeah that’s always a bonus especially when we get the same kit, same looking fro systems bikes and everything so it just feels awesome. Hopefully he’ll do well this year and get himself onto the podium too!

Gatedrop: Before the Arenacross UK series got serious again you were contesting the ADAC Supercross series. How’s that series compare to the UK series?

Ashley Greedy: I mean the ADAC is where the best of Europe and USA all went before the Arenacross started back up and the tracks were so big with massive jumps and so technical too. But Matt Bates and Justin Barclay have done an amazing job the past years and has made the Arenacross huge again. Both the series’ are massive now and it’s hard to even get a ride because their so good and the field is so strong!

Gatedrop: You seem to come alive at this time of the year! What is it about SX you love so much compared to Motocross?

Ashley Greedy: It’s just so intense, I love the bar to bar racing and can’t wait to get stuck in at round one this weekend!

Ashley Greedy: I couldn’t do any of it without all these people, so a big thank you to all of the following: