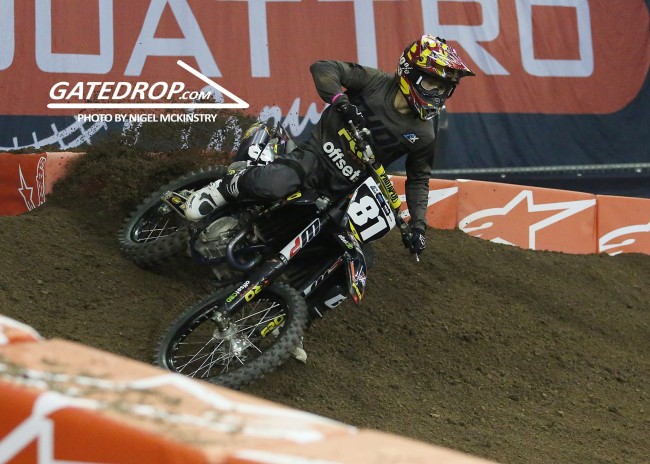 Back in 2014 it looked like Brian Hsu would go on to have a very bright career after clinching the EMX125 title. However, things don’t always go as planned and Hsu has had a really tough time with injuries.

Hsu has had some good moments in the MX2 World Championship during his time on the Suzuki when he worked under Stefan Everts but injures have meant we haven’t seen his full potential.  We asked Hsu about his time working with Everts at Suzuki and he had some interesting things to say.

“We were different people let’s say. When I was with Gebeors, everything was fine and we could understand each other. It’s nothing against Stefan, just the problem was that I had to use air suspension. I said that I couldn’t ride with air suspension but they said that I had to adapt to the bike so from that point I just went down and down. I had crashes and things. But that’s what they don’t understand, you need to give the rider what they want. If you give me what I like on the bike and what feels good then the results will come. If I have to use things I don’t like – it’s not good. You are given things sometimes you have to use even if you don’t like it – I am not this rider, it’s not for me. Maybe there are other riders who can do that and they’re not as sensitive as me”, Hsu told GateDrop.com.

Despite missing a full season after signing with the BUD Kawasaki racing team, the team decided to keep him for another season but after yet another injury – his time with the team was up. Hsu is grateful to the team as they believed in his abilities.

“They were really good people helping me out and even if I was injured, they believed in me. I struggled a whole year with them telling them the suspension was not working. We had some internal things and things that didn’t work out, injuries and that’s why it came. Injuries were just a part of it but I just couldn’t get the bike to gel with me. We were just two different things. I quit and went back home to Taiwan to take a rest, from there on and everything with the new team, I got what I want and now you see me here” concluded Hsu.

It remains to be seen what the future will hold for the talented Hsu, he’s currently racing the Arenacross UK series and will race Supercross as well as the ADAC MX Masters but fingers crossed we can see him back in the GP paddock in the near future or he can go and race Supercross in America which is his dream.