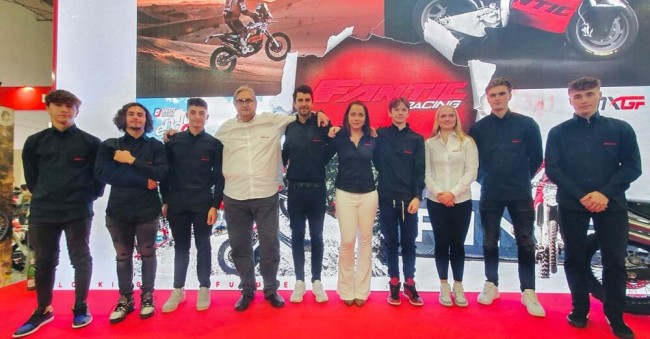 The Fantic Factory Maddii team have confirmed their rider line up for the 2023 season and it’s going to be a very busy awning for the season ahead as they’ve signed up seven riders!

The team have made the decision to run an MX2 GP rider and have signed the exciting talent of Tom Guyon. In the EMX250 series, the team have decided to retain the talented trio of Hakon Osterhagen, Cas Valk and Alexis Fueri with Valk and Fueri making the move up to the 250cc.

In the EMX125 class, the team have signed up Elias Escandell and Max Werner who have the pace to ride right at the front.

Last but not least, Lynn Valk has also signed with the team to contest the WMX series in which she will hope to challenge for the title.

“We are extremely happy to announce our 2023 lineup! Tom Guyon will lead the team in the world championship mx2, Hakon Osterhagen, Cas Valk and Alexis Fueri will fight in the European championship 250, Elias Escandell and Max Werner in the EMX125. The cherry on top is Lynn Valk riding the women world championship. We present our self with a very strong and motivated team, we all have the same goal and this mean to give our best every single day. We can’t wait for the season start but now we have some work to do to be ready and sharp when the the first gate will drop”, the Fantic Factory Maddii team revealed on social media.