Eli Tomac on his perfect night in Seattle 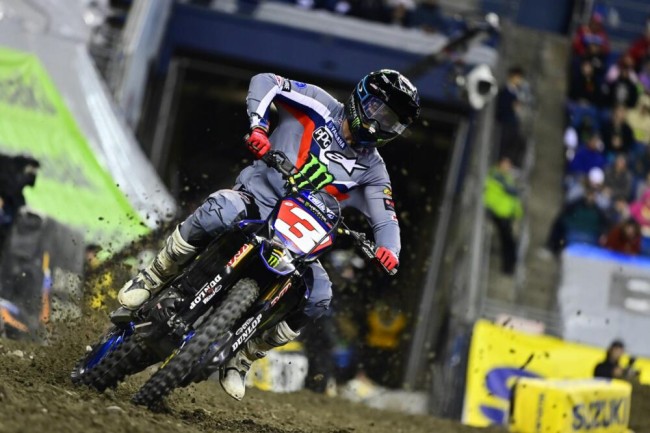 Tomac topped the timesheets early but ultimately qualified third and took the runner-up finish in his heat race. In the main event, the series points leader got off to a flying start to grab the holeshot. He then put in some flying laps to build a comfortable gap up front and ultimately took the checkered flag by an 8.6-second margin. In addition to expanding his points lead, Tomac’s seventh win of the season puts him in a tie for fourth on the all-time win list with 44 victories in the premier class.

Jeremy Coker
Monster Energy Yamaha Star Racing 450 Team Manager
“It was another incredible day. It started off with leading free practice again, which like I said last week, sets the tone for the day. We didn’t go out and crush the heat race, but we learned from it and decided what we needed to do for the main event. Eli went out, pulled off the holeshot, and won it wire-to-wire. He put in an absolutely flawless main event, and I’m really proud of him and the team, they did a great job, and we’ve just got to keep it going.”

Eli Tomac
Monster Energy Yamaha Star Racing
“It was a perfect main event and another great weekend in Seattle. I got the holeshot and put in a big sprint early in the race. The track was really good for the first half and then really tough in the second half of the race. Once Justin (Barcia) made the mistake, I had a pretty nice lead so I was just able to maintain my lead and try and get through the track. It was just another unbelievable weekend for us and the team. We’ve got some great momentum and love what we have going on!”