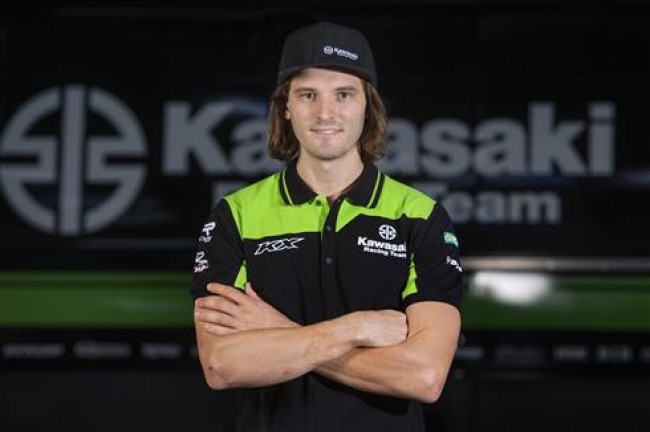 The twenty-three-year-old from Cairns in the northern Australian state of Queensland first contested the FIM World Motocross Championships in 2019 after securing his national MX2 title the previous summer.

He had already secured international recognition in 2016 when, as under-nineteen champion, he was selected to represent his country in the FIM Motocross of Nations as a seventeen-year-old.

In a sensational debut on the world stage, he mounted the podium at his very first GP in Argentina and has displayed stunning speed ever since though serious shoulder and wrist injuries have interrupted his career. Absent for the 2021 season through injury he bounced back spectacularly this summer, rounding out the second-half of the campaign with five top-six moto finishes and a defeat of the entire world elite in Qualifying for the Swedish GP in August and help his country to stand on the podium at the season-ending Motocross of Nations.

Mitch will start riding with the team in Europe this week before they fly to Japan for intensive testing with Kawasaki Japan factory technicians.

Mitch Evans: “I’m looking forward to the prospect of working with Antti and the Kawasaki Racing Team; already from the initial talks they got me really excited about the faith they have in me and the support they can offer.”

I immediately sensed that they believe in my potential and they have the package which can take me to the next level and I want to thank everyone at Kawasaki for that. I made some good progress from my injuries this season just gone and now I’m looking forward to putting in the work during the off-season so that I’m ready to race for wins and podiums for Kawasaki next year.“

Antti Pyrhönen – KRT Team Manager: “We are definitely looking forward to working with Mitch. He has shown that he is a great talent, and he has the racing spirit and charisma to succeed. I have been impressed at the way he has fought his way back up the ranks step-by-step to become a real contender after missing more than one year through injury. He has shown the fighting character to race right up at the sharp-end on several occasions, even winning the Qualifying race in Sweden.

Mitch has proved that he is here to make a statement and succeed and he clearly has the determination which an athlete needs to succeed in any sport and particularly in such a challenging sport as motocross. With his ability, fighting spirit and hard work we are convinced that he can become a genuinely serious contender with Kawasaki. “

Steve Guttridge – Race Planning Manager – Kawasaki Motors Europe: “Moving into season two of the new Kawasaki Racing Team MXGP project and we are delighted that Mitch will join the team alongside Romain while thanking Ben Watson for all his hard work and commitment during the past season.

The energy level of the team and Kawasaki’s desire to see both Mitch and Romain regularly on the podium throughout the 2023 season is infectious! We see this appointment of Mitch as part of a positive and logical evolutionary process of our factory lead MXGP project.“