Ashton Dickinson OUT for the season 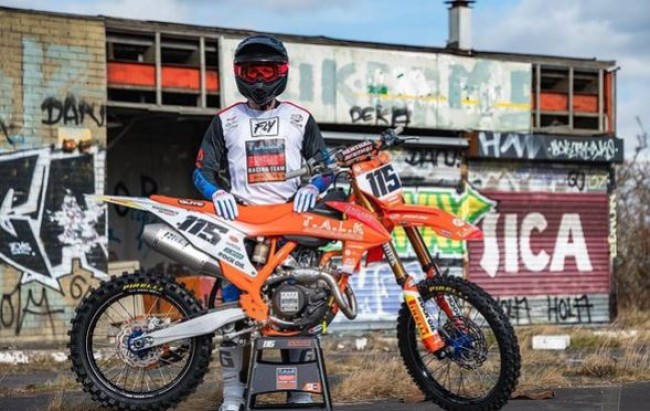 Making the jump up to the MX1 class this year, Ashton Dickinson had a strong start to his rookie British Championship season. However, after a few crashes and due to medical advise – he’s made the tough decision to end his season.

Last year, Dickinson had a bad concussion injury and with the couple of big crashes he’s had this year it’s best for the longevity of his career to take the time off he needs and then return to racing for the 2023 season.

The young Brit posted the following message on his social media pages:

I’ve got a bit of bad news. As most people know, I had pretty serious concussion last year and I’ve managed to fix myself up and come back this season. However, I’ve had a couple of big crashes, the concussions has come back with a bit of a vengeance. I sat down with a couple of doctors who advised that it would be best to sit out the season. I sat down with my family and the team and decided to end the season.

It’s not an easy decision, it never is but it’s for the best if I want a longer career I have to sort myself out now. That’s the decision made so unfortunately I won’t be racing the rest of the season. I will still be going to the races so you’ll still see me about at the weekends with the team. I want to say a really big thank you to my family, the team, the sponsors and the fans, I appreciate you all.

There is some good news coming from the team in a couple of days so look out for that. It sucks to be saying all this but I wanted to inform everybody.

I have a message for my friend, Kyle McNichol who is struggling and in a little bit of a bad way so I’m sending all my love to him. I know you’re strong and you can pull through this so good luck mate and hope to see you at the racing again soon.