Interview: Pascal Leuret reflects on his career – that podium and being a privateer 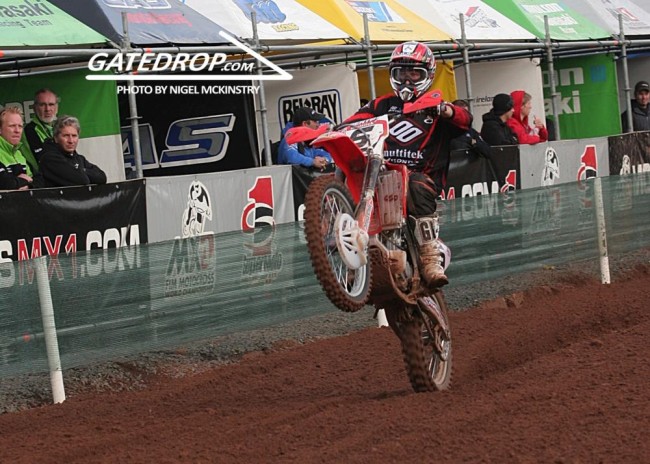 One rider that had a good career competing in GP motocross was French talent, Pascal Leuret who was perhaps quite underrated during his time as a rider. More often than not he was a consistent top ten rider and on his good ways wasn’t far away from the front. Quite often he was a privateer which makes his results even more impressive when we look back on his career.

We caught up with Leuret to talk about his career, the FFM, coaching and much more.

Gatedrop: Pascal, You stopped racing Grand Prix Motocross at the end of 2009, what sort of things have you been up to away from the sport since then?

Leuret: I stopped riding when my wife become pregnant and my baby girl was born. I spent time between looking after my daughter and obtaining my licence to teach the motocross coaching. After that I moved to the mountain resort of Morzine Avoriaz, I continued to coach some riders and now I work on the ski slopes in a restaurant during the winter. I teach motocross for beginners in the summer holidays.

Gatedrop: Are you still interested in the sport and do you watch the races on TV or since retiring have you drifted away from the sport?

Gatedrop: When you were growing up which riders did you look up to the most and why?

Leuret: JMB (Jean Michel Bayle) was for me the best rider in the 90’s because he was winning everything in Europe and the US. After that, Jeremy McGrath for his style and precision. Also, Pichon for his style, lines and character. 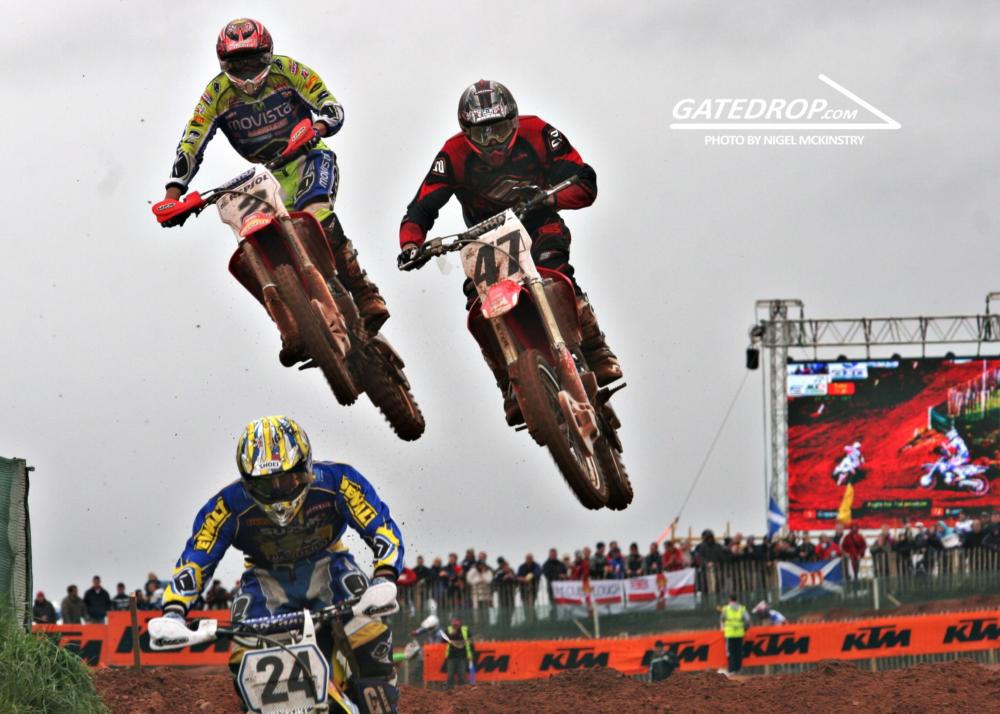 Leuret: These are my best memories because I do everything by myself with Leslie ( brother who only came to 10 GP’s). I have a standard bike and I finished 8th overall. The best memory was Castiglionne del lago GP, 3rd place in the first race, Nisme 3rd again but in the second race Smets caught me in the first corner and I came back to 9th from last but missed the GP podium. For Sweden I drove 2000 kilometres by myself, I was the mechanic and rider that day but finished 7th with no rear brake in the first race and needed to clean the bike and repair the brake between the races.

Gatedrop: You had one podium in your career at the Portuguese GP in 2007. When you think back to that weekend you must have great memories, can you talk me through your races that day and how it felt to stand on the podium?

Leuret: Okay, this is a long story because I rode the beginning of the championship with the NGS team but I was not happy with the bike and the manager but I finished 4th overall at a GP. Nobody could understand why I was unhappy?! So in Spain I said to the team it’s over for me, I preferred to finish the season on my own. They thought it was a joke but I bought a bike during the week with BUD RACING (Phillipe engine, sebastien suspension) and my friend Jon Primo. I came to Agueda with my camper van, my new bike and I made the podium, it was not the best race of the season but I got on the podium. I lost many podiums during the rest of the season with 4-4 (laughs).

Gatedrop: 2007 was one of the best season’s of  your career as you finished seventh in the MX2 World Championship, where you happy with the season and what other races stand out for you and why?

Leuret: I found a deal with Martin racing (thank you Lorenzo) after the Portugal GP. The end of the season was amazing for me because of my mechanics Marcus and Enginering Enrico, all amazing people, they were so nice to me and we had the same goals.  At Loket during the second moto I crashed and broke my scaphoid so the season was over. I was 5th at this moment I missed the last 4 rounds but still finished 7th anyway.

Gatedrop: You went down from the MXGP class to the MX2 series in 2007 after finishing ninth in MXGP. What was the reason to go down to MX2? Of course now a day’s that’s impossible due to the U23 age rule – what’s your thoughts on that rule?

Leuret: I changed because my team Multitek made the choice to stop with me because the results were not good. I thought “okay, what do I do now”? No good team in the MX1 class wanted me or wanted me for free so I found a deal with the NGS team to race in MX2. My opinion on the age rule is clear, stupid rules (laughs). 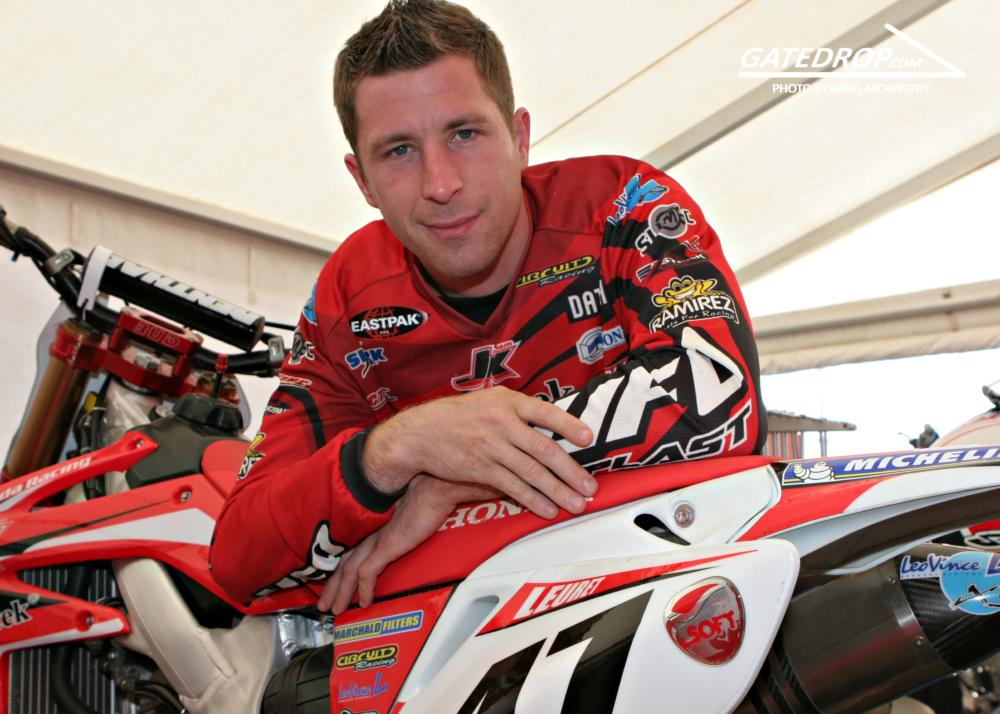 Gatedrop: Out of all the team’s you rode for, which team where you most comfortable with and why?

Leuret: I’m really frustrated with that because I know better then anyone how the people were focused on racing and I can’t give them the happiness of the results, I’m really sorry for them but the teams I was most comfortable with were Team Multitek (Trevor Avery) or Swift Suzuki (Banks family). 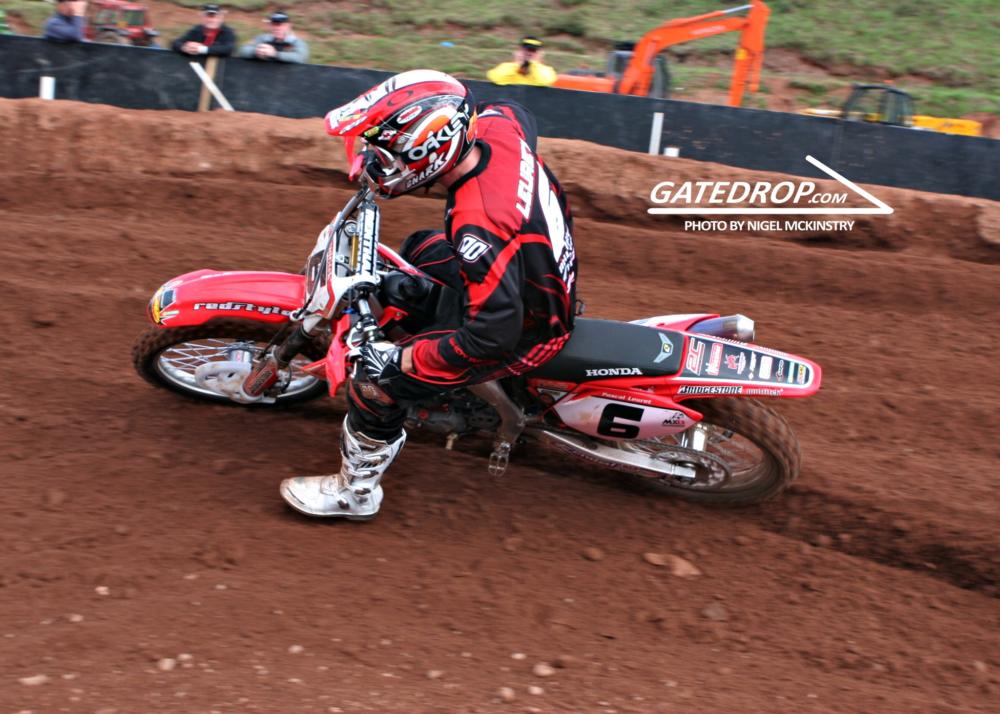 Gatedrop: During your time as a rider there were a number of top French riders and you always went under the radar, did that ever frustrate you?

Leuret: I didn’t care about that, I rode for myself and my dream. I was shy and the day of the race I’m not always sympathetic and the journalist maybe doesn’t like me.

Gatedrop: Recently the FMM seem to do a really good job with the young riders as there’s a number of young fast French riders to look forward too. In your day did you get the same support from the FFM and did they help you much?

Leuret: In 1996 the FFM made an academy school and I stayed for 3 years, it was really good. I think doing that for 10 years that many riders progress with that way. I’m very sad to see the money of the federation left for the top riders and it doesn’t help the young riders, I’m not sure Paulin needs money from the FFM, I don’t know how much money the deal is but this is my opinion. 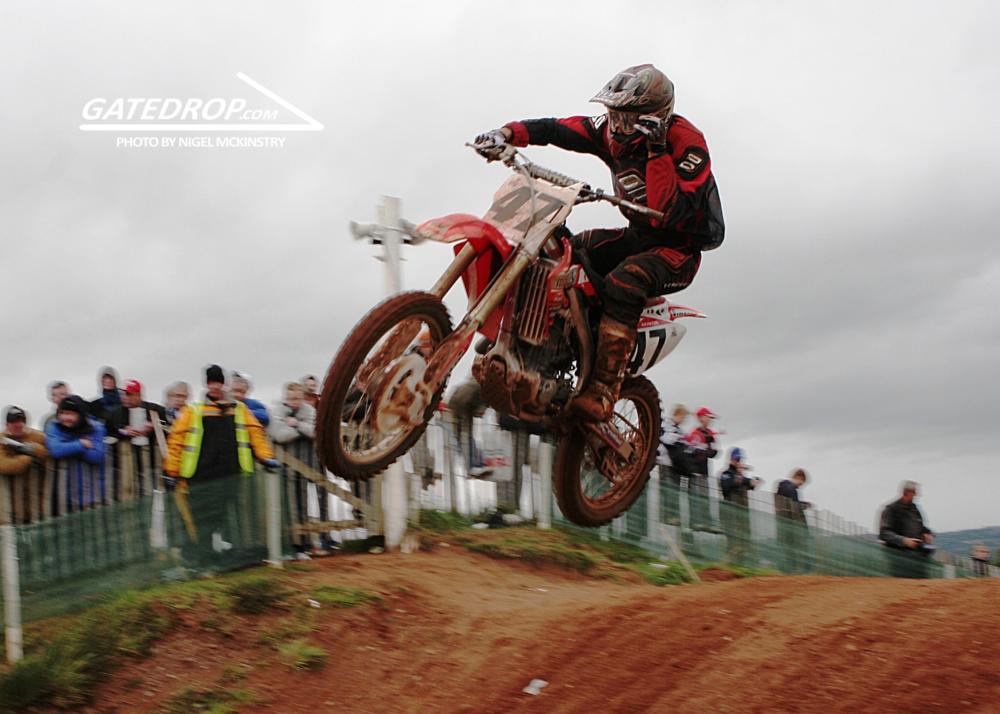 Gatedrop: Would you ever consider getting back into the sport as a coach or trainer if you had the opportunity?

Leuret: When I stopped racing MX I dreamt to train a GP rider. I hate travelling and I like to say what I think and that is difficult in this world now. When you stop your career everything changes and you have to ask yourself what your real goals are in life?  Since I was 8 years old I’ve always dreamt about living in the mountains. I’m really happy about my new life in Morzine-Avoriaz.

Gatedrop: Looking at MXGP today, how would you describe the level? This year it looks incredible..

Leuret: It’s fantastic to watch MXGP riders, the level, the speed etc but 25 riders is a joke (laughs).

Gatedrop: Out of all the young French talents breaking through, who do you think has the most potential and why?

Leuret: We have a lot of talent in France but no money so it’s really difficult for them. The Miot brothers can get good results. Steven Frossard who works with Quentin Prugnieres, they have good potential too. Also. Maxime Grau but he needs to work hard and who knows what the future holds.