Interview: Marc De Reuver on THAT pass and wave to Mike Alessi at the Irish GP! 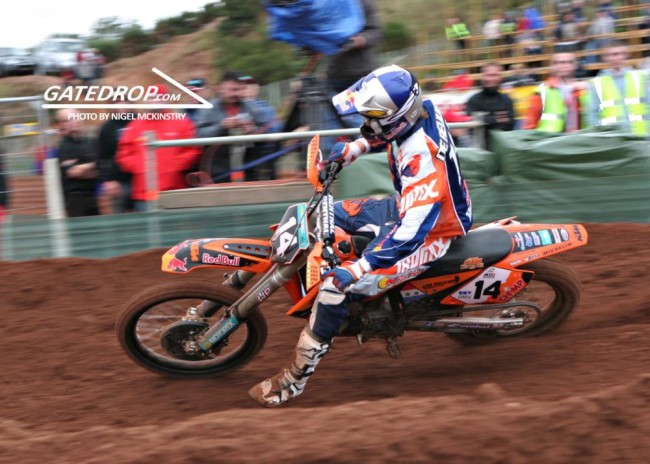 It was one of the most iconic moments in Grand Prix racing. After a lot of hype, US teenager Mike Alessi who narrowly lost the 2005 250 US national title in controversial circumstances to Ivan Tedesco, headed across the Atlantic to Northern Ireland to compete in the final world championship event of the year at Desertmartin.

At that time the respect for the world championship in the States wasn’t very high and the GP men knew it, message boards debated all week about how the hyped up next big thing from America would do, many Americans thought he would win against the “Euros,” but Marc de Reuver had other ideas.

De Reuver, like Alessi a factory KTM rider, missed most of the year through injury but he was back and bang on form. And when Alessi took his customary holeshot  in race one (similar to Prado nowadays) the contest was on with De Reuver quickly into second. After finding his rhythm, De Reuver started to close the gap then made the move, cutting across the American into a tight left hander, but what followed is something that will go down in folklore.

The charismatic Dutchman, clearly aware of the hype and debate coming in, looked back and waved Alessi on to follow him! This was throwing down the gauntlet in a way never seen before and Alessi, despite his best efforts, had no answer. Marc De Reuver was simply on another level that day.  The American eventually finished third (in what was still a good ride) after Rattray passed him as De Reuver increased his lead over Alessi by 20 seconds. Respect had been earned. 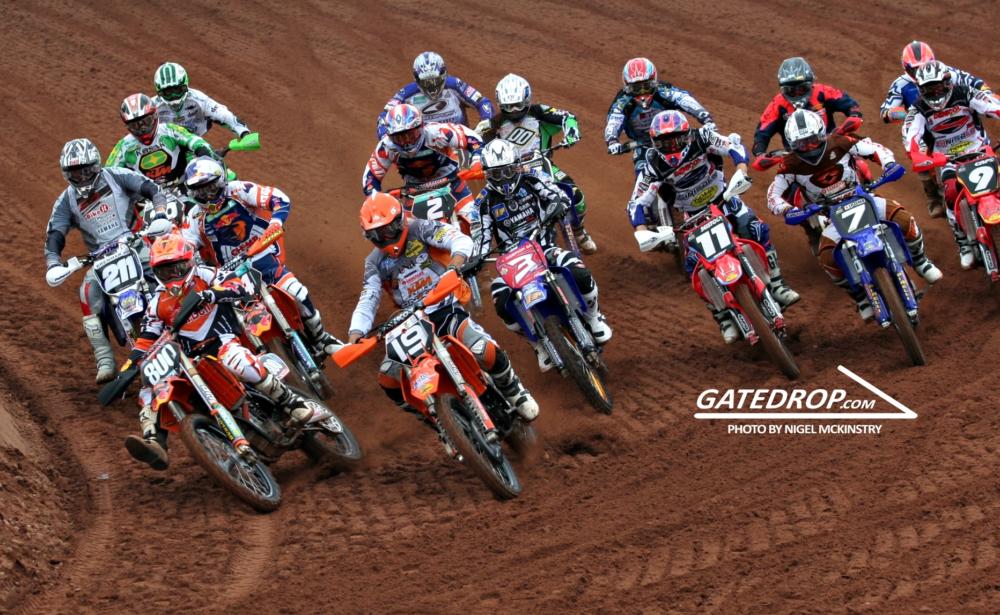 Marc, 2005 was a tough year for you with injury. That was a season you probably thought you could have challenged for a world title, but you still came back swinging at the end of the year! What do you remember about the lead up to that race at Desertmartin and knowing the Alessi’s were racing? There was a lot of hype, so did it add motivation or were you just intent on showing your speed after missing most of the year?

Well I had a massive injury at the end of 2004. I suffered a brain bleeding with a big crash. This was my toughest injury to come back from. I was paralysed on the right side of my body for a few weeks. It was my own mistake this crash. When I was back on good speed again in the beginning of 2005, my team forgot to charge the transponder for the first Dutch championship. So in time practise I was last and had to start on the second row behind the bar. The track was frozen and it was really cold that day so I had to ride really cautious between the slower riders. The first moto I still finished 2nd behind Stephen Sword. Second moto I ended up in a pile up first lap and completely destroyed my knee. It was a hard pill to swallow. Again a World Championship gone and in my opinion this was not really my fault. I would not have been on second row behind the bar if that transponder was charged. The lead up to the race in Desert Martin I was really pumped. Amazing track that was. With Mike coming it was a lot of hype going on. I loved it. The more pressure the better I am. Only the win was good enough for me that weekend!

That first moto, I’ll always remember the speed you had was next level, you reeled Alessi in and made the pass then did the iconic wave. Was that just instinct with the adrenaline pumping or was it planned beforehand?

Well it just happened. It was the moment for it. When I go somewhere I don’t the people you need to respect them. Respect and loyalty is very important for me in life. You give me respect I am the best friend you can have. If you don’t have respect I can be a devil. Mike didn’t want to stand with his bike underneath the Champ Factory KTM awning. He wanted his own truck and awning. That I didn’t like. That fired me up big time as well. You know today I don’t blame Mike. He was also thrown in to this by people around and maybe he didn’t know how to respond to this situation. He was young too. So Mike always took the holeshot and also the first moto he did. I knew I was going to win that moto. I know it sounds cocky but it is what it is. On some days it was very hard to beat me.

That time Marc De Reuver waved at Mike Alessi at the Irish GP at Desertmartin in 2005! Get Marc's thoughts on it in our exclusive interview. #linkinbio

Did you speak to Mike after about it? Or was there not much communication that weekend despite both being factory KTM?

Like I said, Mike was not under our awning so we had VERY little communication that weekend. 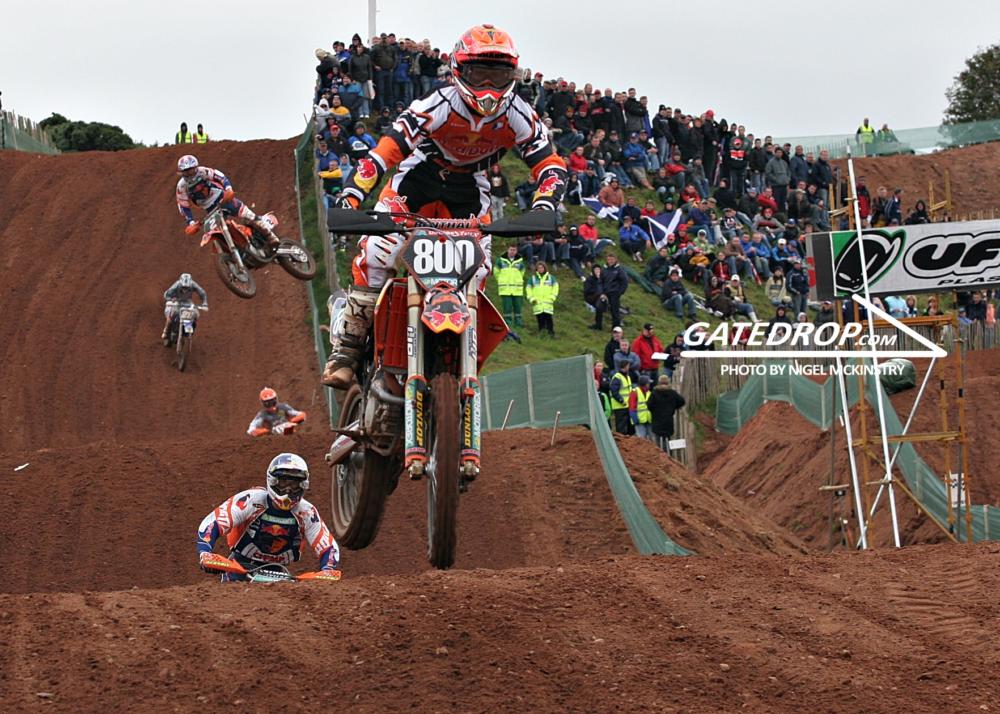 That raw speed you had was something most riders can’t produce, but what was it that meant we didn’t always see it on a regular basis?

You know this question hurts me today (laughs). If I look back to some races I think MARC WTF did you do all your career! It had several reasons. Wrong decisions were the biggest mistake but I listened to nobody! But hey, no regrets only memories…

Moving forward to your job with F&H Kawasaki, you always seem to be able to get the best out of the riders you work with and have a good relationship with them, and this season it’s a really strong team again, what’s the secret?

The biggest secret is that it’s a team thing. I can work with a talented rider but when he has a shit bike there is a limit to the progress that we make!  So I worked with Pauls Jonass on the factory KTM in 2017 which of course is a good bike and Pauls is a very good rider! I have worked for two years now with F&H Kawasaki and our tuning guy Marc Zalmstra is doing an amazing job with the Kawasaki. So this makes it for me a lot easier. The team is full of talented riders with Roan v/d Moosdijk, Mikkel Haarup and Mathys Boisrame. We are all working hard to get the best out of them. It’s not always easy cause they are three different personalities. But I have been from the basement to the top maybe ten times in my career so I can handle them. They need to go very far to crack me. It’s all under control!

Are you able to work with the riders much during this lockdown in terms of training plans or is it more just keeping spirits up with everyone stuck indoors?

Boy’s are training hard physically to be in the best shape when we can start riding again. World is upside down at the moment and it’s not fair for all those sick people who fight for their lives to talk about when we can be back behind the gate. We are in this together and we will over come this all together. I hope everybody stays safe and healthy….

See the race in full below: