Video: Webb delivers the pass of the night! 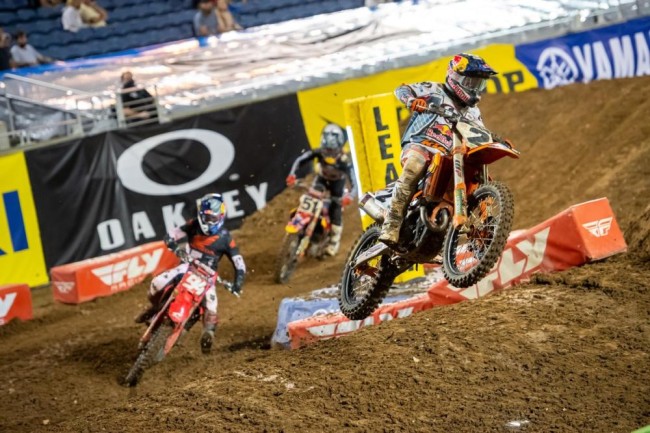 Cooper Webb made a brilliant and potentially momentum changing two for one pass in Orlando to take the lead and eventually the main event win!

It was a huge pass in the championship points chase with Webb now just 13 behind Roczen, if Roczen had won with Webb second, the Red Bull KTM rider would now sit 19 points behind – almost a full race in arrears.

“We needed to stop that momentum Ken had. It feels good to win again,”said Webb after the race, acknowledging the importance of his win”

This move was essentially a six point pass and a classic opportunist move by the former supercross champ, with Roczen sitting behind Brayton trying to find the clean pass and Webb just going for the first opportunity. It proved decisive in the race and it could prove pivotal in the championship if Webb wins this title!