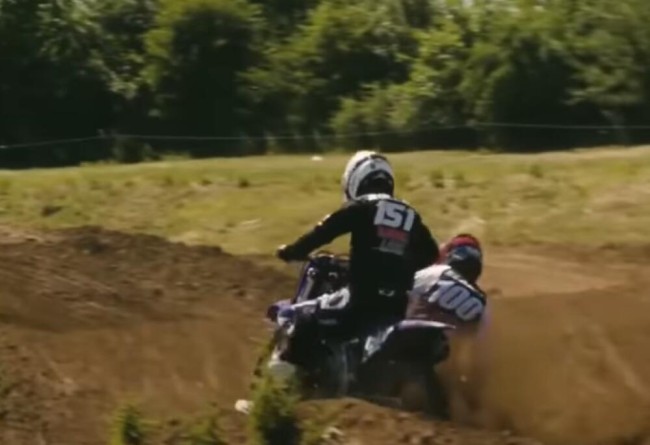 Tommy Searle put it all on the line in the sand the catch Harri Kullas, his British MX1 title rival at Fatcats, and make the pass to take crucial overall win!

When push came to shove it was Searle who was taking no prisoners it what might be a huge pivotal pass in the championship chase.

Searle said: “I got lapped here at the MX Nationals so we have definitely found some improvement and had a good day. It was a round where I could have lost a lot of points so to win is mega. I dug in and I’m proud of myself.”

“In race one I didn’t have the intensity, but when I put in some hard laps I knew I had the pace. So I dug in deeper in race two as I knew the points were important. Harri probably thought he had it won but I didn’t give up. I felt I had more speed in the bank and it was great to get the win.”