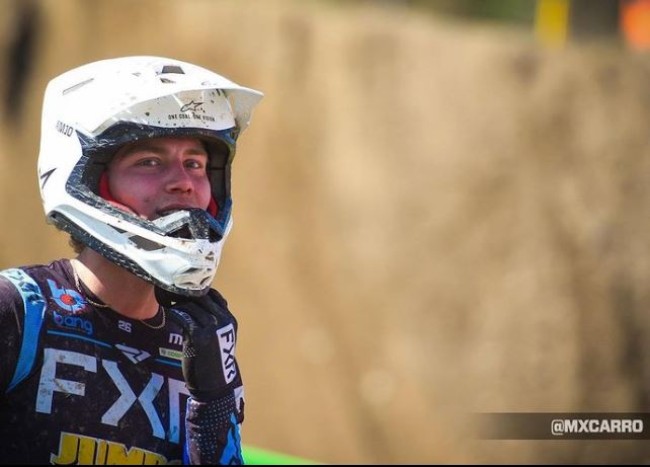 It hasn’t been a good few weeks for Tim Edberg. The young Swede is currently without an MX2 GP ride after parting ways with Riley Yamaha and after travelling to France to contest a French Elite Championship, he’s ended up injured.

Unfortunately, Edberg has broke his arm and dislocated his elbow which will see him out of action for a while.

“I don’t have much to say… I broke my upper and under arm and dislocated my elbow yesterday. I was going towards the front of the pack after a less good start when I lost my front in a small downhill, and as I kept the bike running I just sat myself back on the bike when one rider unfortunately jumped into me. I lost some memory of the crash but I’m very thankful to walk away. I had surgery yesterday and for now everything looks fine on my arm but I will have another check very soon to see what the next step will be. I want to say thanks to my friends and family”, Edberg stated on social media.