Thorpe on riding with Bailey, O’Mara and Johnson 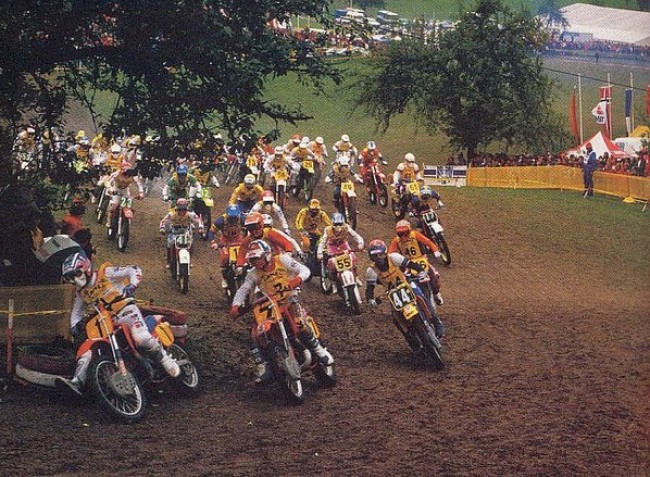 Disrespectfully described as the “world’s fastest novice” by US magazine, MXA, three-time 500cc world champion Dave Thorpe didn’t let that inaccurate insult impact on his respect or friendship with the great American riders and his trans-Atlantic Honda teammates, David Bailey, Johnny O’Mara, and Ricky Johnson. But while Thorpe did lose to the Americans he was able to beat them at times too, showing the very technically proficient David Bailey the fast way around Gaildorf at the MXoN in 1985!

“Yeah, we did test together with David Bailey, Johnny, Ricky – there was lots of times we were together,” Thorpe told us about that era of HRC Honda’s legendary testing sessions with all-time greats in the world championship and AMA racing. “We are still good buddies now and I speak to Ricky a lot and Johnny and David occasionally. For me they were always the better athlete, a little bit more finely tuned, and because of supercross, technically, in my opinion, superior to us – but that didn’t always translate to race wins/event wins. Sometimes you click on a track and you make it work, that happened sometimes for me and sometimes for them.

On that day at the 86 MXoN in Maggiora 86 when O’Mara on a 125 beat Thorpe (although the Thorpe had no rear brake) a magnanimous David said O’Mara (who had found out Honda had let him go for 1987 and put his frustration into that race) may have beaten him anyway! “I think Johnny in Italy, he was absolutely on fire that day, if ever there was a track for that bike, that was going to be it. I didn’t particularly ride very well and yeah, I lost my back brake but it’s not really an excuse. I think Johnny would have beaten most people that day given a straight race.”

On whether he was able to learn the new technical skills the Americans had developed, Thorpe said it didn’t really affect him because those skills applied to supercross and weren’t as applicable to GP tracks at that time – but he was interesting in their training: “I wasn’t really that bothered about their technical ability on the bike because it related to supercross,” revealed Thorpe.

“What I was always really keen to learn from them was Johnny and David used to have a trainer called Jeff Spencer and I had a lot of respect for Jeff and when I was with them, I always tried to be a bit of a sponge around them and learn what they were doing and why they were doing it. They were super, super focused on their diet, that was one thing Jeff really pushed in them and I learnt a lot from them on the dietary side because whilst I was quite careful with what I ate I wasn’t as strict with stuff as they were.”