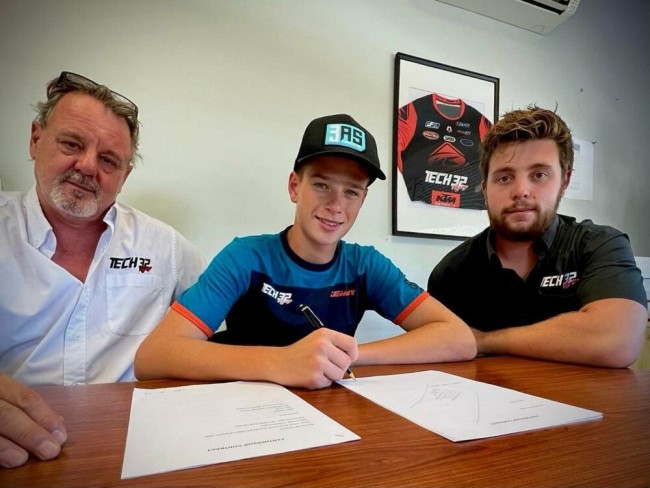 The Tech32 KTM team didn’t travel to Lommel with Matteo Russi not long back on the bike after an injury and the team parting ways with Marc Antoine Rossi.

The team have announced they’ve reached an agreement with Hungarian talent, Noel Zanocz for the rest of the season who will be hoping to impress to secure the ride for the 2023 season as well.

“Tech32 is come back. We were forced out for Lommel, following some changes and the resumption of Matteo Russi to training. We are happy to announce that we will be in Sweden and Finland with two 125cc riders including Matteo, as well as our brand new signing, Noel Zanocz, a young Hungarian rider.
3rd in the 85cm World Championship last year, gifted and talented, he is very motivated to wear the Tech32 and KTM colours proudly in these last two rounds with the consent of Team Pardi Racing Scuola Cross” , Tech32 KTM stated on social media.