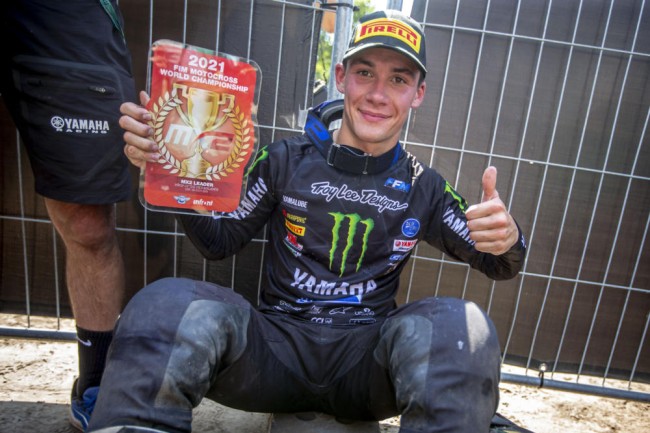 Andy McKisntry: It’s been rumoured for a while now that Maxime Renuax would be making the jump up to race the MXGP World Championship for the 2022 season and that has now been confirmed by Factory Yamaha.

Let’s start with his amazing 2021 season as the French talent was a revelation. Sure, Vialle and Geerts had their injury issues but Renaux was incredibly good at any kind of track and rode really well under pressure. Even towards the end of the season when he could have played it safe and took less risks with a massive championship gap he was still winning races and GP’s. Even if Vialle and Geerts didn’t have their issues, Renaux could have still won this title, he was that good and it was thoroughly deserved.

Since making the step back up to the 250cc, this year was actually Renaux’s first full year as a full factory rider and the step he made was incredible. Another year as a full factory rider in MX2 might not have been the worst decision but the French talent has decided to make the move up to MXGP and it’s thought he feels great with the bigger bike.

From my point of view I’d have loved to see Renaux stay in MX2 for the 2022 season as with Vialle and Geerts still racing the series, those three could have provided amazing battles and it could have been a superb championship chase if all three stayed fit.

As it is, Renaux will be racing MXGP and he is absolutely entitled to make that decision, after winning the MX2 title he probably feels he’s conquered his goals in MX2. The good thing for Renaux is that he’s signed a two year MXGP deal with Yamaha so he won’t be in the same position as Ben Watson who only got the ride for one year. It means Renaux isn’t under too much pressure in 2022 as he knows he won’t need to look for a ride for 2023.

So, how will Renaux perform in MXGP? With the class being so stacked it’s very tough to say although Ruben Fernandez and Mathys Boisrame having some good stand out rides in MXGP at the end of the season in Italy will have help feeling confident as he comfortably beat those two in MX2 all year. However, doing it over the course of a full season in MXGP is a different story.

I do believe Renaux has a very bright future in MXGP and in the future will probably win overall races as he’s one for the future along with the likes of the other top talent in MX2. I can see Renaux having a similar career to Paulin in MXGP in the long term but a lot can happen and the most important thing is to stay injury free and learn from the best riders in the world. 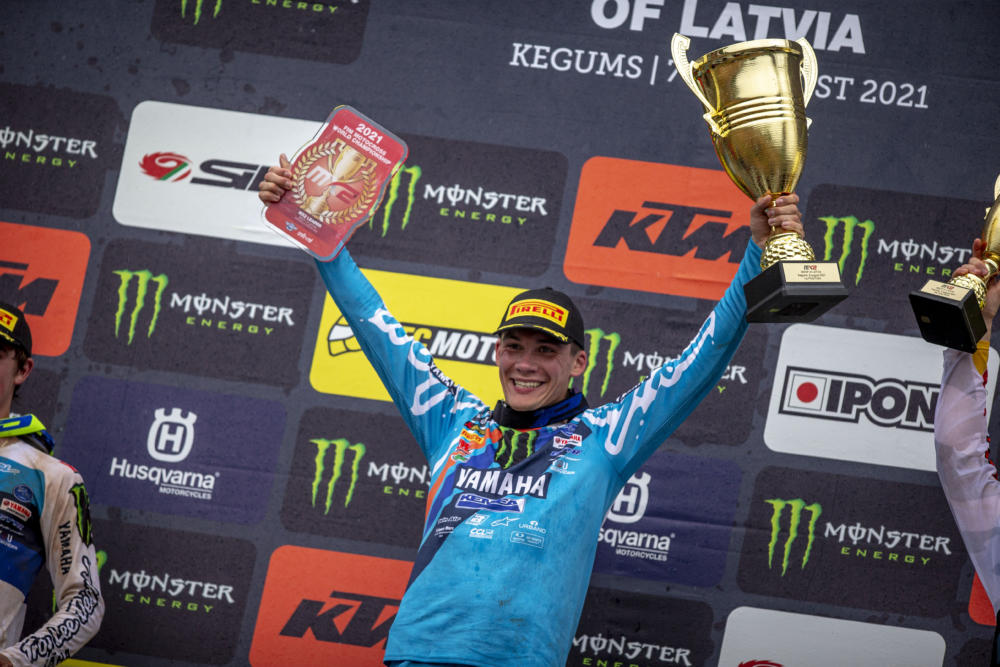 Jonathan McCready: I think this was a win/win for Maxime Renaux and Yamaha whichever decision he made. If he had stayed down in MX2 he would of course got to run that coveted number one plate which would have been a nice reward looking back at the end of his career – that’s what everyone works for! And Kemea Yamaha could have taken a lot of satisfaction in that visual as well – that’s if Renaux would indeed have ran the number one which isn’t currently in vouge in MXGP!

But for Renaux as tempting as another year battling for another MX2 world title would be, the reality is he has achieved a lifetime goal, that box is ticked and he will always be a world champion. Now, with confidence high, and a factory 450 at his disposal, it’s extremely hard to say no to that opportunity when it is there for you, and I personally think he will suit the 450 very well. Added to that we saw how well Ruben Fernandez rode the machine, Renaux will no doubt gain confidence from that as well as Watson and Olsen showing top ten capability.

Of course Watson might be a bit of a warning story too, he got 11th in the championship, which wasn’t bad at all but the very unfortunate Brit had to make way for Renaux in the team, so Renaux knows he has to perform in order to stay at the factory level.

But MXGP is the best of the best on the planet, and the most prestigious motocross series in the world, every rider should dream of competing at the pinnacle of the sport and Renaux has earned his way into a factory ride by winning a world title. This is an opportunity he simply can’t turn down.

We have seen before Renaux might take a bit of time to show his full potential so I expect a good season next year but a lot more to come in the following seasons as long as he can stay injury free. Renaux proved he was the real deal this year in terms of talent, speed and mentality and I think he will prove to be the real deal in the MXGP division as long as he is given time to develop.

Podcast! Listen to our MXGP and MX2 season review on iTunes here or YouTube and Spotify below: