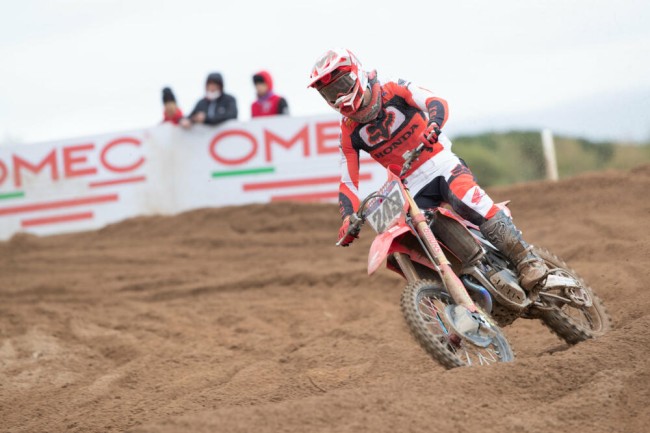 Tim Gajser dominated the superfinal race at Riola – just like in the first moto he managed to grab the holeshot ahead of Jorge Prado which is something that didn’t happen too often last year. There was carnage around the first corner that caught out Mitch Evans and a few of the other front runners.

Prado kept it close for a few laps but in the end Gajser pulled away to win by a margin of 18 seconds. The HRC Honda rider will be feeling good heading into the MXGP season opener at Matterley Basin.

Cornelius Tøndel continued his impressive pre season to finish third ahead of Mattia Guadagnini who had been having a quiet pre-season but the Italian will be happy with his strong superfinal moto. 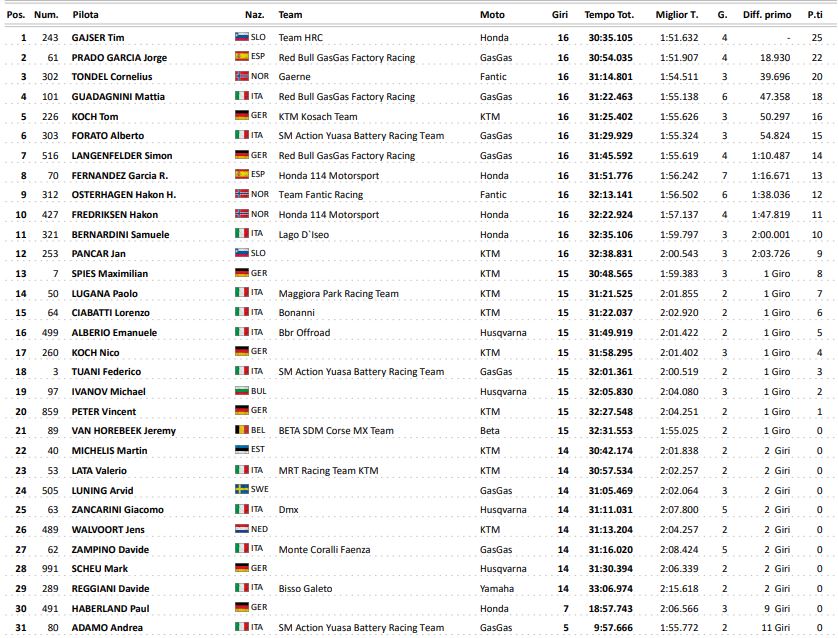