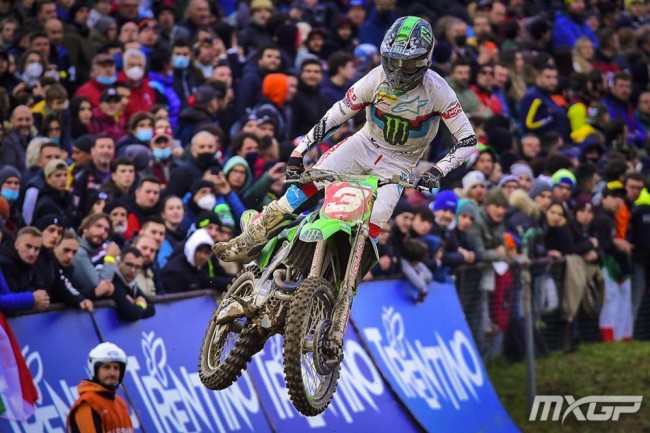 Four weeks after renewed surgery to undertake a bone-graft on his right leg Romain Febvre had a further appointment with his surgeon on Tuesday and underwent several medical examinations to evaluate the situation.

“Of course I would want it to go faster but the healing process is going normally; the bone-graft is looking good even if it will still take some time for the bone to be definitively consolidated,” explained Romain who made several short test-sessions on his bike last week before this latest visit to his surgeon.

“In fact we wanted to know how painful my leg was when riding a bike, and also to see how my leg felt a few hours after a training session. They were not long sessions, but they were enough for me to evaluate the pain and for my doctor to understand how my body had reacted,” he continued. As the medical examinations were encouraging it’s now up to Romain to determine his future training programme.

“My doctor told me that the pain-level will guide me, and it’s up to me to decide the frequency and the intensity of the training sessions on the bike. At the moment the plan is to progress step-by-step, and to determine the evolution. It’s too early to consider a date to be back racing; time will tell us,” he added, although of course he is impatient to once again line-up at the start-gate alongside his teammate Ben Watson.

After his impressive second moto at Maggiora on Sunday, where he took the holeshot award and finished fourth, Watson will line up this weekend at Riola Sardo (Sardinia) for the eighth round of the FIM MXGP Motocross World Championship.

Antti Pyrhonen (KRT team manager): “We are very happy that Romain is reaching the next stage in his recovery and can start riding! We have all been waiting for this moment and we are looking forward to continuing the work together at the track, but we will do this carefully step-by-step. And we are convinced that it will also help Ben, who gave a strong performance last weekend in Maggiora, to have Romain at his side when training.”