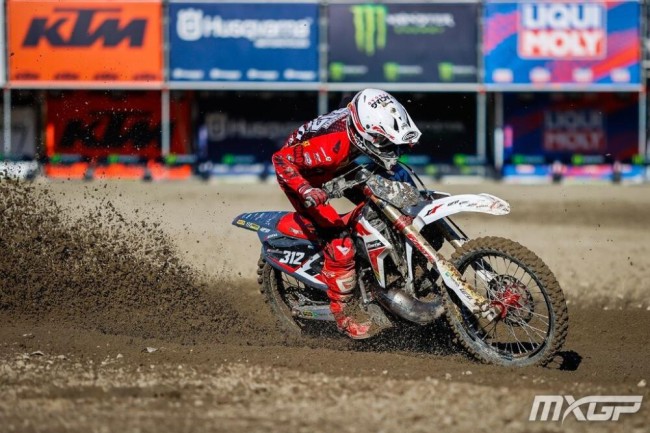 It was a chaotic start to the opening EMX250 moto after a pile up after the first corner which saw Rick Elzinga involved and having to come back from dead last. Championship rival, Toendel was in fourth but then had issues which forced him to retire. Toendel wasn’t the only rider to have issues as Lucas Coenen who was strong in second also had problems with his bike expiring.

At the front Haakon Osterhagen dominated to take an impressive race win ahead of Quentin Prugnieres and Camden Mc Lellan. Rick Elzinga ended up getting back to ninth.

The second moto was all about Lucas Coenen who dominated – if it wasn’t for the first moto DNF he’d have challenge for the overall but Osterhagen rode well to finish second in race two to take the overall win.

Prugnieres rode strong all weekend on his BUD Kawasaki to end up second overall with a consistent Camden McLellan rounding off the podium. 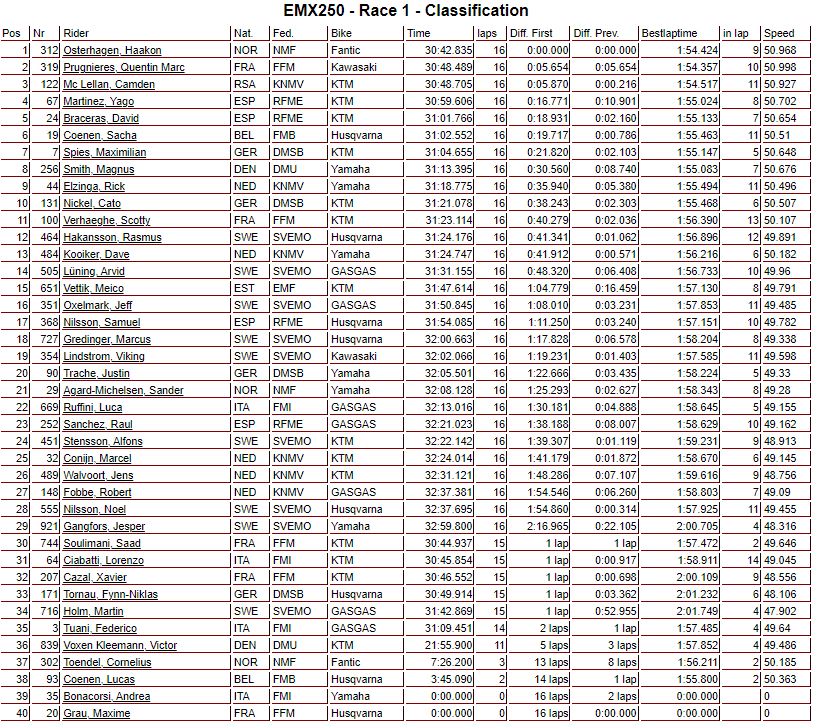 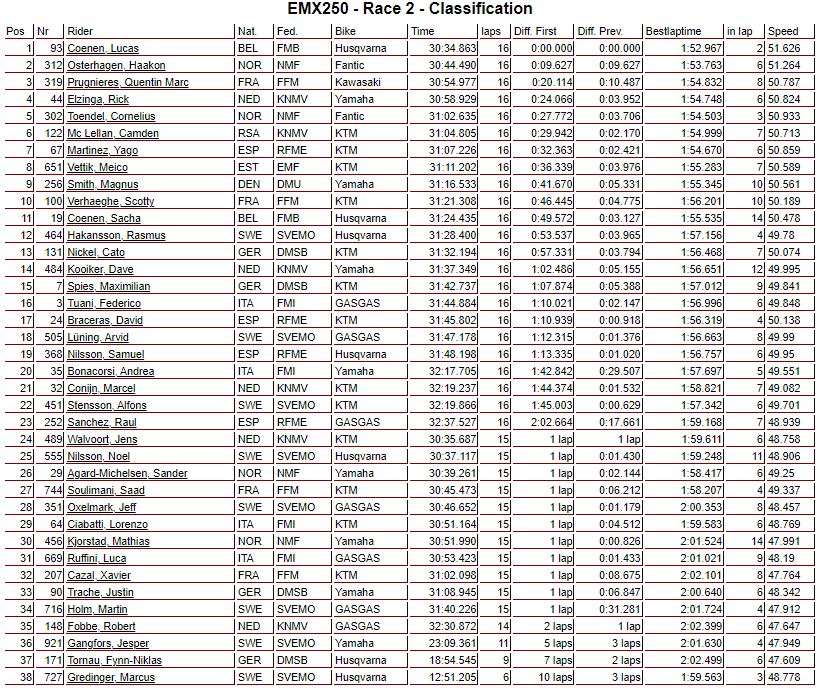 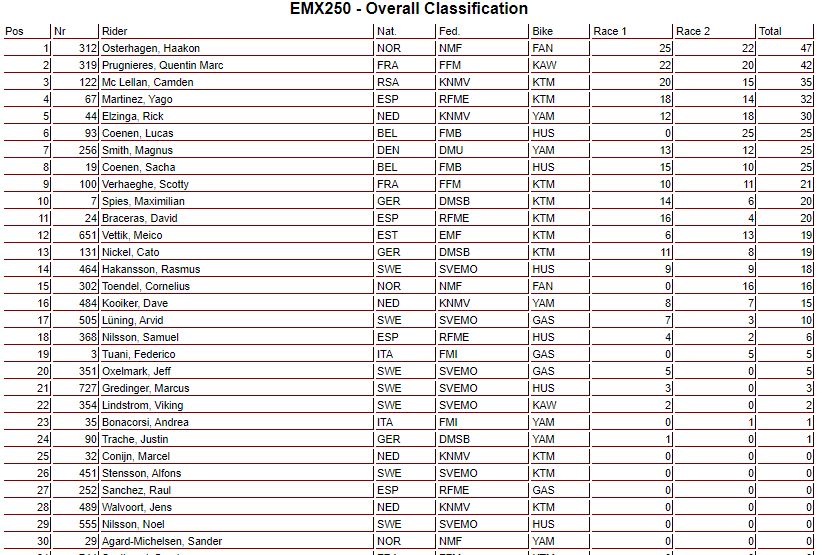 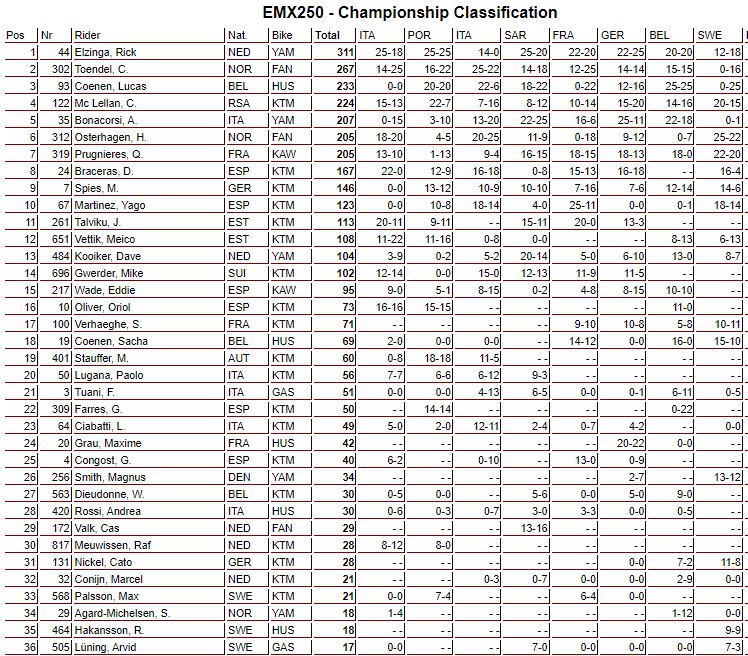