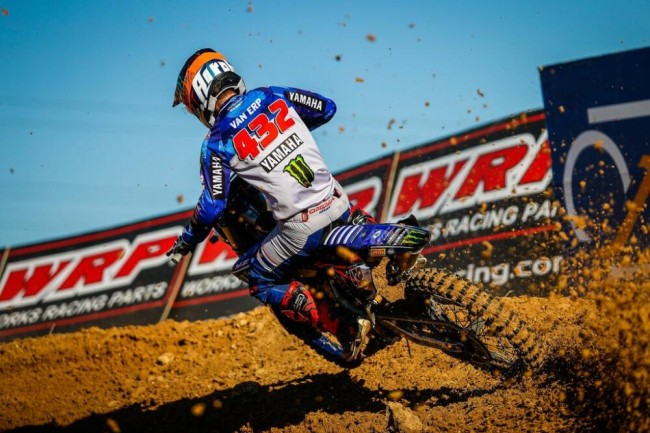 It was a superb opening EMX125 moto with a number of the heavy hitters not getting the best of starts around a slick track which meant they needed to work their way through the pack. Ivano van Erp and Janis Martins Reisulis were flying and worked their way into first and second. Van Erp was in the lead but Reisulis was using some lovely lines and passed the Dutch rider for the lead.

Just when it looked like Reisulis was pulling away with just over a lap to go he crashed which gifted the win to Van Erp ahead of his team mate, Zanchi. Local Swedish rider, Laban Alm who is quite inexperienced at this level led the opening stages and finished a fantastic third ahead of Reisulis.

Cas Valk was outside the top fifteen on the opening lap but worked his way through to a solid fifth. 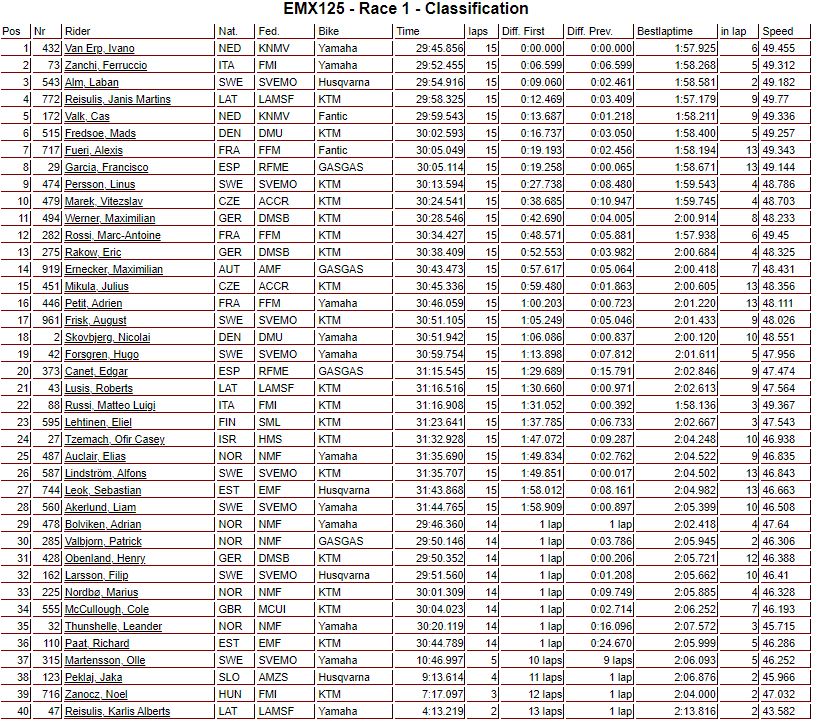