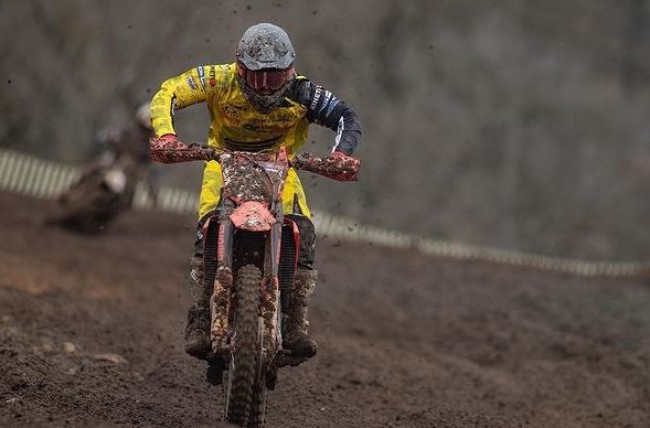 Henry Jacobi will be happy he raced though as he got a good start in second behind Nicholas Lapucci. The German made a quick move and ran into the distance and despite a small tip over with two laps to go made things look easy!

It was two Belgians locked in a battle for second with Jeremy Van Horebeek getting better of Brent van Doninck. Maxime Renaux had a few crashes before coming home in fourth position. 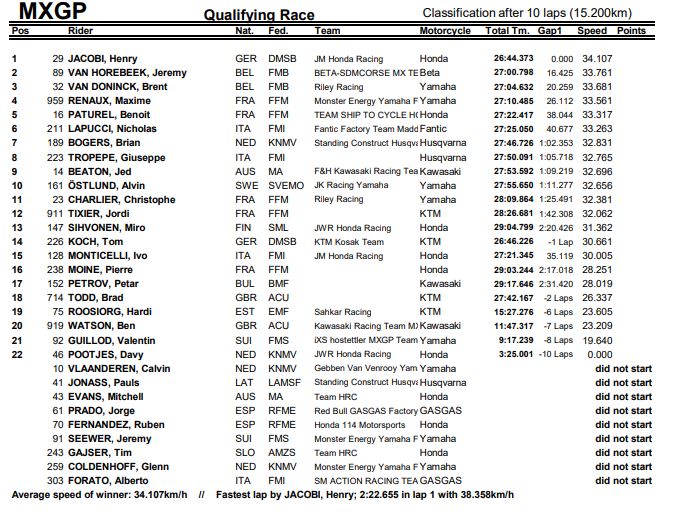