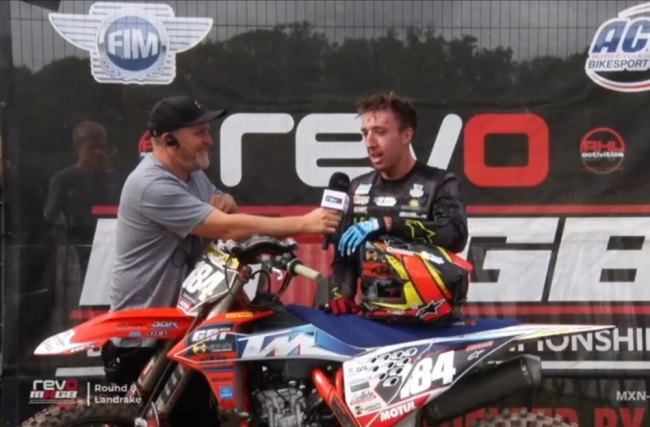 Dylan Walsh took the win after a three way battle became one when Talviku and Karssemakers came together going for the same rut and both hit the deck, forcing the young Dutch talent, Karssemakers to end his day early. 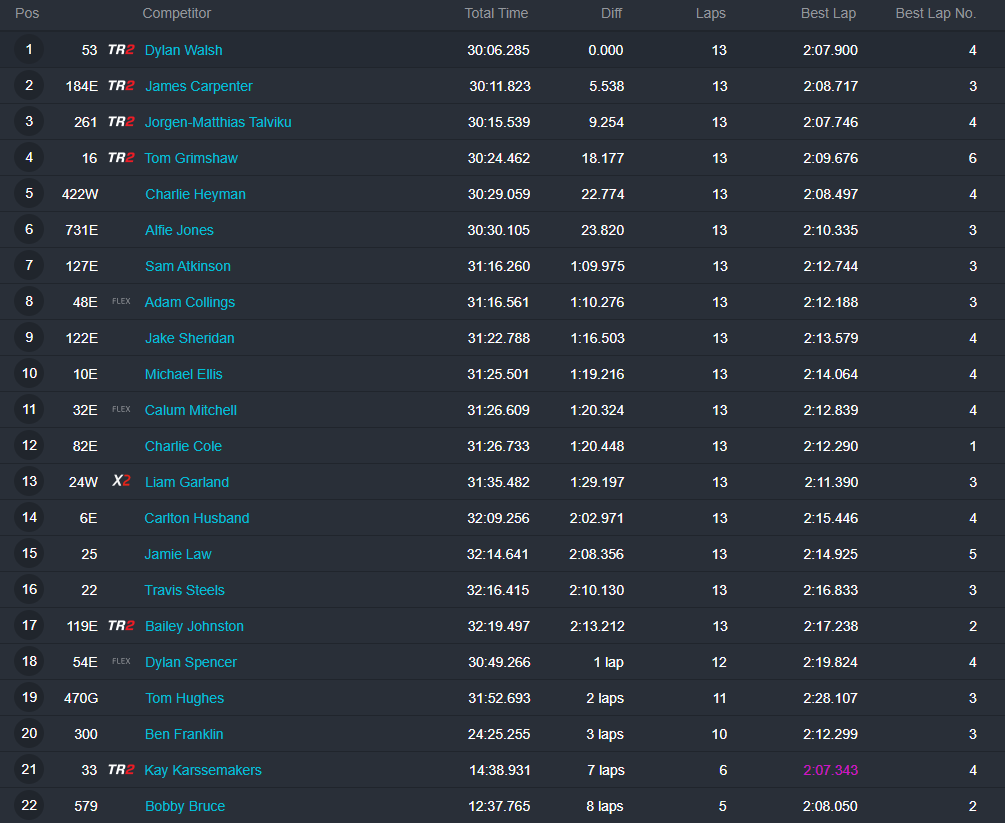 A Dylan Walsh crash in turn two left Jamie Carpenter on for the overall after he took the lead passing a fast starting Charlie Heyman in his pro debut. But Walsh was on a mission and caught Carpenter on the last lap then went off the track on the final corner trying to make a move for the second moto win that would have gave him the overall! 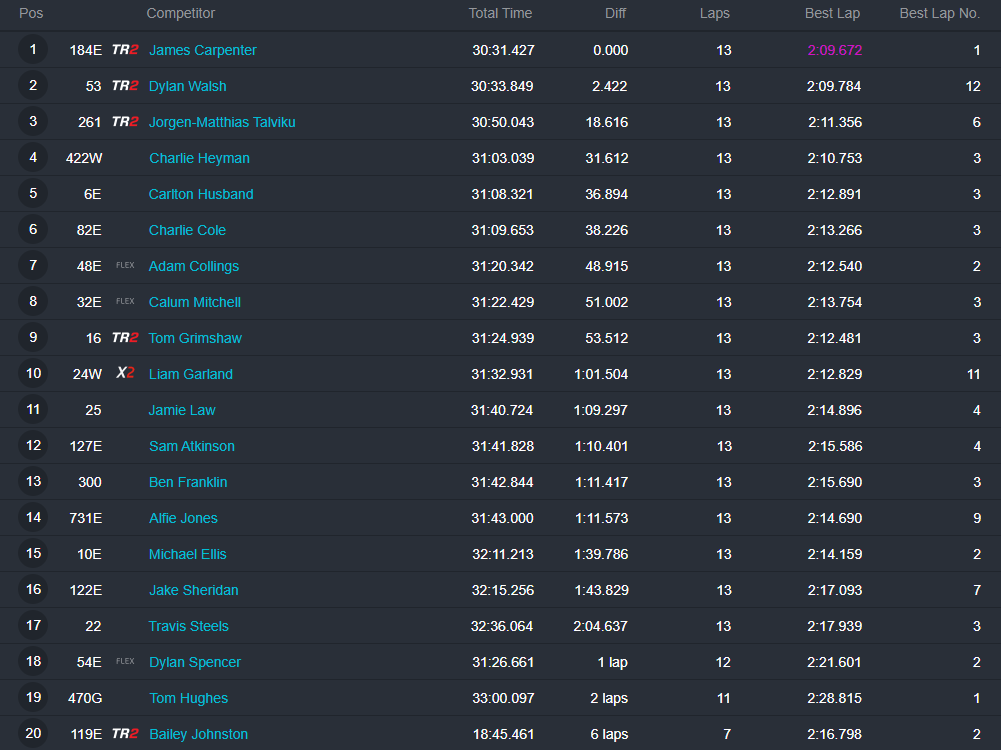 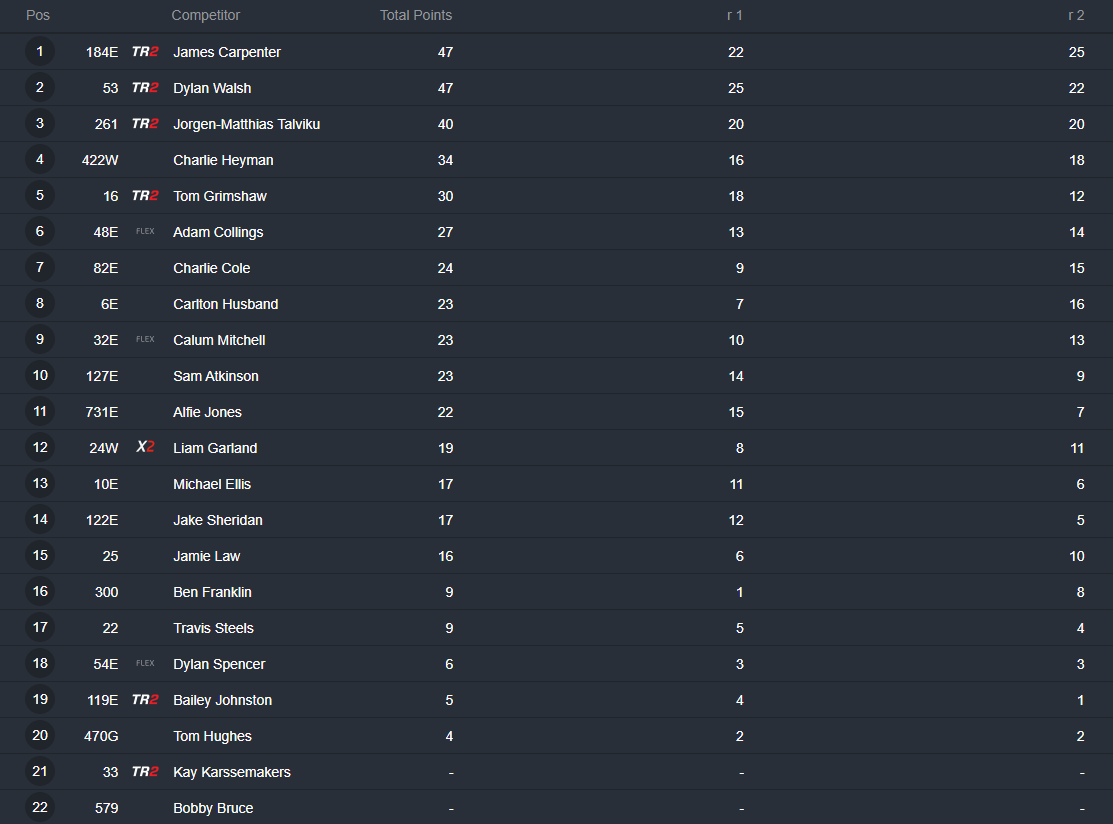