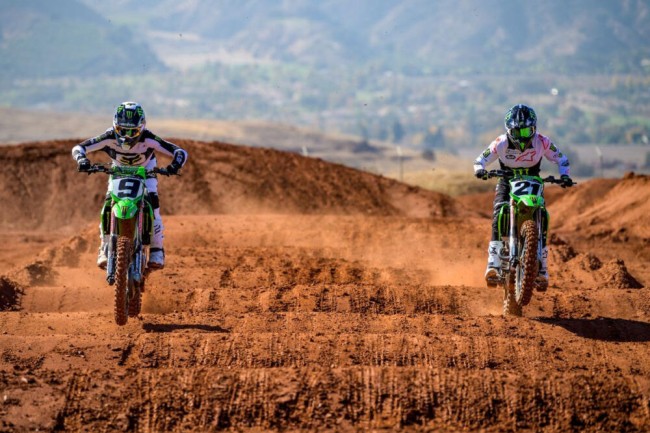 “We are confident with our team roster for 2023,” said Kawasaki Racing Senior Manager, Dan Fahie. “The success we shared with Jason in both supercross and motocross is promising as we look to the upcoming unified SuperMotocross World Championship. We’re also very optimistic about Adam’s return to the starting gate as he’s proven to be a top contender at the premier level. We are in a great place with the development of our KX450SR and look forward to continued success through this next evolution of professional motocross.”

“My first year racing the KX450SR with the Monster Energy Kawasaki team has been awesome,” said Anderson. “I’ve won more races this season than any other in my career, so it’s clear the program and the team environment we have are working well. Next year there will be more up for grabs than ever before, so we are focused on making another strong push for the championship.”

Cianciarulo will line up with Monster Energy Kawasaki in 2023 to continue his illustrious 18-year partnership with Kawasaki as he enters his fourth year of 450 Class racing. The No.9 KX450SR rider graduated through the Monster Energy Kawasaki Team Green program on his way to the 2019 AMA Pro Motocross 250 Championship, was crowned 2019 Monster Energy Cup Champion, secured 2020 Pro Motocross runner-up honors and has a total of 21 combined professional wins. Cianciarulo is geared up to capitalize on a full off-season of preparation with the team ahead of his 2023 Championship efforts.

“I’m eager to get back to racing at the top level again this year,” said Cianciarulo. “With a thorough recovery period behind me, I’m in a great place physically and mentally to excel when we go racing. I’m really enthusiastic about what’s coming with the new developments to our sport and I’m doing everything I can, along with the whole Monster Energy Kawasaki team, to be the best when it comes time to drop the gate.”