Interview: Cole McCullough on racing the EMX125 class and a brutal Lommel 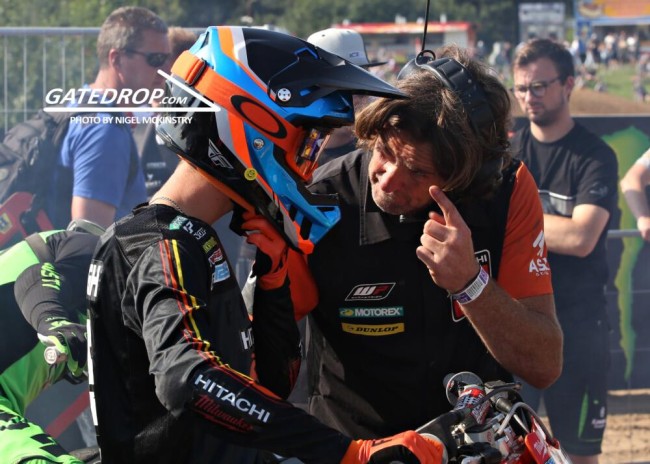 Cole McCullough could have quite easily stayed on an 85cc this year but made the decision to step up and race the 125cc and is improving leaps and bounds racing the EMX125 class. Despite not picking up points at Lommel, that does not reflect the speed he has as he could have comfortably finished top fifteen in both moto’s – crashes just hindered him.

Despite the track being so rough, McCullough looked comfortable in the deep sand and looking ahead to 2023, it could be a big year for him.

We caught up with McCullough to discuss Lommel, the EMX125 series and more.

GateDrop: Cole, you’ve practiced at Lommel quite a lot but your first race day here in just brutal conditions. How did you find both your moto’s?

McCullough: In the first race I got a really bad start but kept plugging away and got into 18th but then crashed and ended up 23rd. In the second race I got a better start in about 12th in the first lap and then I was running 13th but crashed back to 18th. On the last lap I crashed again and ended up 23rd but guys I am battling with… the rider behind me at the start ended up 9th so if I stayed on I might have got a top ten. It was a good ride.

GateDrop: It’s a shame you haven’t got any points to show for it but I think when you look at your speed and how you were riding such a rough track, you can be pretty positive if you can just cut out the mistakes but you are a rookie at the end of the day…

McCullough: Yeah, I know my speed is there, I just need to keep it altogether the whole race.

GateDrop: How did you find the track? To give people an idea back home how would you describe it?

McCullough: It was rough, but it wasn’t real sharp bumps, there was a nice flow to it even though it was rough. Some corners were really rough though, but it was nice to ride a gnarly track again.

GateDrop: Just how is everything going in the EMX125 class and do you feel it’s helping you grow as a rider? Riders from back home don’t seem too bothered in racing it!

McCullough: I’ve really came on a lot, in my first one I didn’t qualify as I was twenty-eighth in my group and now here at Lommel, probably the hardest one to qualify I was tenth fastest in my group. It’s my type of going but I still had the speed to run the top ten so it was good. 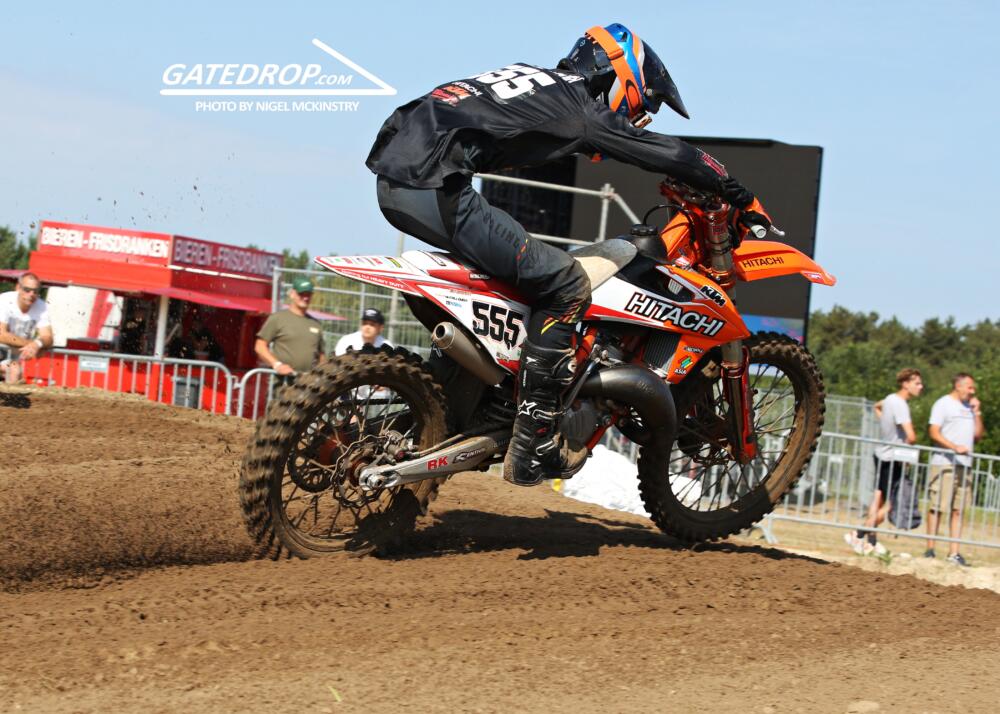 GateDrop: Have you got any goals you’d like to achieve next year or for you is it all just about learning and learning?

McCullough: I don’t actually know what bike I will be riding next year. It’s going to be either the 125cc or the 250cc but I just want to keep learning and riding over here with the fast riders. I just want to get quicker.

GateDrop: You’ve also been racing the Dutch Masters as well, how did you find that series? You’ve raced British for a number of years so how would the two compare?

McCullough: The Dutch series is really good, it’s a really well run event and better ran than the British I would say. The tracks are rough, the competition is good so it’s nice to race other places apart from England and back home.

GateDrop: Are you living in Belgium now?

McCullough: No, I am still living at home but I stay in the team’s workshop when I am over here. I practice a lot over here as the tracks are better, at home there’s not many tracks to practice at.

McCullough: It’s not too bad. My dad doesn’t come that much, he only really comes when there’s a race or he’d stay sometimes but he has the track to run back home. Staying over here is good though, there’s nice weather and it’s nice.

GateDrop: You are working with Stephen Sword as well, he has lots of GP experience although you probably don’t remember him racing! What’s it like having him in your corner?

McCullough: It’s nice, he shows me good lines when I go out and he’s really good to work with.