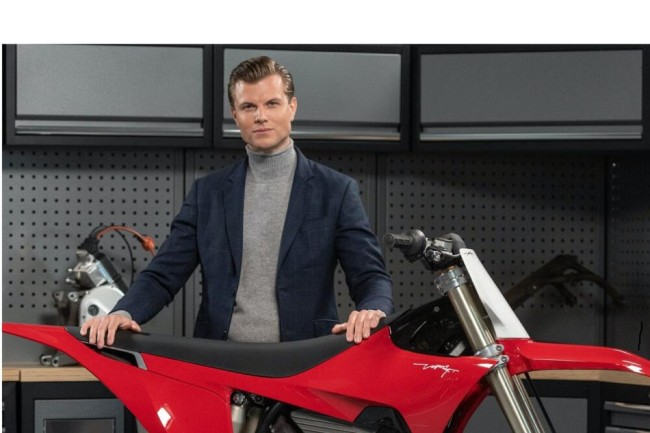 We recently caught up with Stark Future CEO, Anton Wass on an episode of our GateDropPod series to discuss the new electric bike – the Stark Varg.

We also discussed how it’s working having Seb Tortelli and Josh Hill involved in the project as well as the chances of seeing the bike race MXGP or even an AMA Supercross event as soon as this year.

On getting Seb Tortelli and Josh Hill involved…

Both are great people and I am super happy to be working with both of them. Josh has perhaps more experience riding electric bikes than anyone else and of course he’s a great Supercross and Motocross rider. He also has so much experience with electric bikes from before so it’s good to work with him so he can benchmark and we can ask him about what he’s been thinking about for all these years – what we can improve, how they compare with our bike and what he thinks in general.

With Seb, he’s a two times world champion and one of the fastest guys ever on a Motocross track. He has a lot of experience developing bikes, he helped develop the first Honda 450cc and I think he was Japanese champion with that bike or something and he also worked with Suzuki developing the 450cc. He already played a part in the transition between two-stroke and four-stroke and he’s still a really fast rider. With that experience with developing new technology before it makes total sense for him to play a major role in developing new technology once again and I believe the next one will be electric. Seb is our full time test manager at Stark and Josh is working with us closely to test the bike to give us feedback and so on. It’s super exciting to have both involved in the project.

Talking about the first experience, it was really impressive. I remember one of Seb’s first rides, he was on the 450cc then jumped on the Stark and then jumped on the 450cc again… he then did two corners and came back immediately saying something was wrong with the bike and that it felt super heavy (laughs). He really thought it was broken but it wasn’t. We actually just broke a track lap record that we use so it’s really going well for us.

On racing MXGP and AMA events…

The best way to prove our technology is superior to gas is to line up at the same gate against the 450cc’s in MXGP or AMA Supercross and to beat them so for sure that is our ambition. When is that going to happen? I hope it is going to happen this year but we’ll see. I mean we are pushing hard, we are talking to FIM and several federations and they are very open. They have the same issues as everyone else with tracks being shut down, they’re not allowed to race etc so I think they also welcome electric as it could save the sport. Let’s see when it can happen but it’s a main target for us to compete at this level.

Besides the FIM, the French federation have already included electric bikes in the regulations so as long as they approve the bike you are allowed to race at National level in France. The Italian federation have also said they’d like us to wildcard this year and the Swedish federation is also pushing for electric. We are getting there and we will probably race some events this year I would assume.

On who could race for Stark as most of the current top riders have contracts – could Josh Hill race an AMA or MXGP event for Stark?!

That would be a lot of fun, let’s see what is possible. But I mean there are a lot of fast riders who don’t currently have contracts so if you want to race then let us know because we do.

You can listen to the entire podcast with Wass below or on iTunes here, in what is an interesting listen: