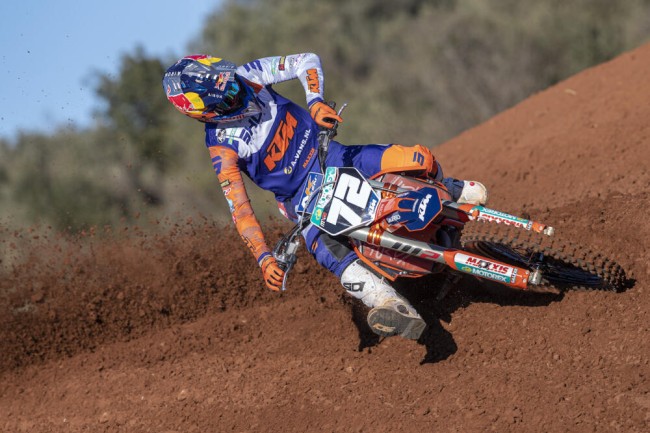 At the start of the qualifying race, Everts was pushed to the outside by an opponent and went down. In this crash Everts suffered an injury to his left middle finger.

Already on Monday Liam Everts successfully underwent an surgery in Belgium. Due to the injury, the Belgian DIGA Procross KTM athlete will not be able to train on a motorcycle for a few weeks and will therefore unfortunately miss the upcoming MXGP events.

The whole DIGA Procross KTM Racing team wishes Liam Everts a speedy recovery and hopes that he will be back on the bike as soon as possible to fight for points in the MX2 World Championship!